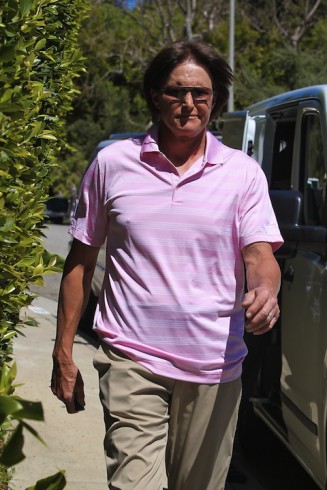 Surveillance video from an MTA bus caught the fatal Bruce Jenner car accident on camera, and it appears to show the former Olympian rear-ending one car (a white Lexus) into oncoming traffic, then continuing on and hitting the next car (a Prius) in front of him.

While the actual surveillance video has not been released to the public, TMZ acquired a CGI recreation of the footage, which allegedly demonstrates what happens on the tape itself, though not from the perspective of the bus. Here’s the video recreation:

Jenner hasn’t been accused of wrongdoing by any legal authority, and hasn’t been charged with any crime as yet. He volunteered to go to a hospital after the accident, where his blood was taken and he was not found to be intoxicated. Jenner was, in fact, taken to the hospital “in a Sheriff’s cruiser,” and was later found by the police to have been traveling at a lawful speed at the time of the accident.

The woman who had been driving the Lexus died of her injuries. In addition, there were seven injuries to passengers in the three other cars involved. Jenner was able to walk away from the accident.