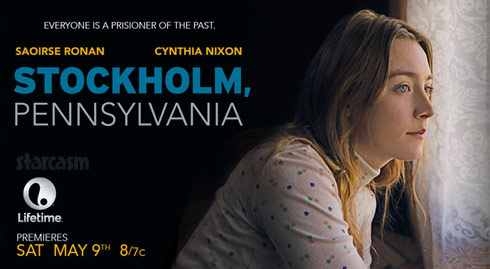 Lifetime scored huge ratings Saturday night as more than three million viewers tuned in for their original movie Cleveland Abduction about the harrowing story of the kidnapping of Michelle Knight, Amanda Berry, and Georgina “Gina” DeJesus by Ariel Castro. The follow-up documentary titled Beyond the Headlines: Cleveland Abduction held viewers’ attention as 2.9 million remained glued to their TV screens to find out more about the horrifying and miraculous story.

If you were one of the three million tuned in Saturday night (like me) then you probably saw that Lifetime will follow up Cleveland Abduction this Saturday night with another kidnapping movie titled Stockholm, Pennsylvania. Here’s the trailer:

Stockholm, Pennsylvania is a perfect follow up to Cleveland Abduction because the story begins after the kidnapping ordeal is over for main character Leann “Leia” Louise Dargon, played by Academy Award and Golden Globe nominee Saoirse Ronan. Here is a synopsis from Lifetime:

Abducted 17 years ago, Leia (Ronan) is miraculously found and returned home to her parents Marcy (Cynthia Nixon) and Glen Dargon (David Warshofsky). Having long forgotten her family, after being raised by her captor Benjamin McKay (Jason Isaacs), Leia finds herself unable to connect to those who love her the most. Instead, she yearns for Ben, the only father figure she’s ever known, and the safety of the basement she called home most of her life. Marcy resorts to desperate measures to forge a relationship with Leia, allowing her marriage to unravel as a byproduct. With Marcy’s increasingly erratic actions echoing those of Ben, Leia is left questioning what it really means to be loved. 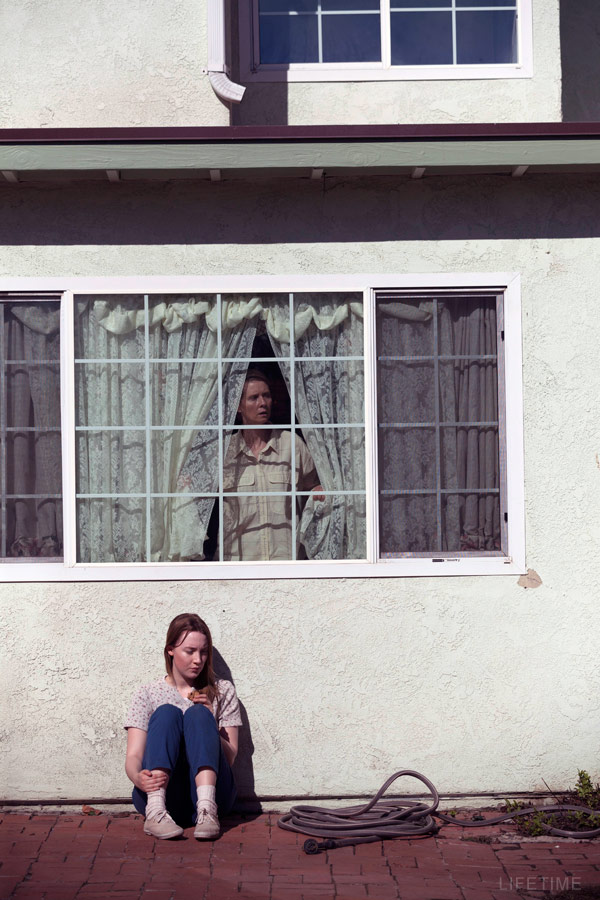 Given that the movie is following in the footsteps of Cleveland Abduction, and the fact that it is not clarified in the commercials, many people are asking: “Is Stockholm, Pennsylvania based on a true story?” The answer to that is no.

Beckwith later decided to do a big screen adaptation of the play for her directorial debut. Stockholm, Pennsylvania premiered at Sundance earlier this year and Lifetime picked up rights to the film in late March, perhaps already planning on double-billing it with their own original production, Cleveland Abduction.

Stockholm, Pennsylvania premieres on Lifetime Saturday, May 9 at 8/7c. If you’re curious to know a little more about the film prior to tuning in, then be sure to read the Sundance reviews from Variety and The Hollywood Reporter!