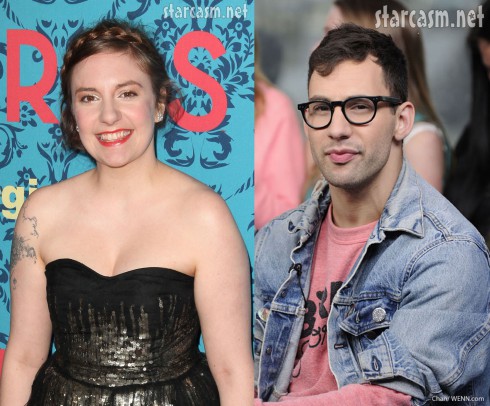 This may be one of the cutest hipster couples OF ALL TIME!

They’ve worked together on a video for The New Yorker, and Lena has asked him to use Fun. songs on Girls.

What makes this all even m ore adorable is a story and pic involving Fiona Apple. Does everyone remember that speech at the 1997 VMAs when she told us all that the music industry and the world was bullshit? That was nuts-awesome. Know what’s even more awesome?

Getting Fiona Apple to kiss you immediately after she made that speech! That happened to Jack Antonoff when he was a wee boy of 13! He gave MTV the delicious scoop:

“I go up to Fiona Apple, and this is like 10 minutes before she gives her iconic speech. I ask her for a picture, and right as the camera snaps, she gives me this wet, like almost a little bit of tongue and full-lip kiss on the cheek. I swear to God.” 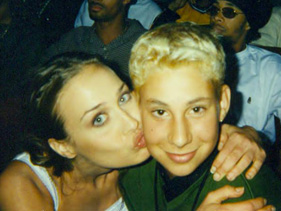 She could be correct on that point.

Lena’s joked before about leaving behind a string of “gay ex-boyfriends.” Looks like her love life is looking up!

CLICK HERE to find out more about her storybook tattoos.