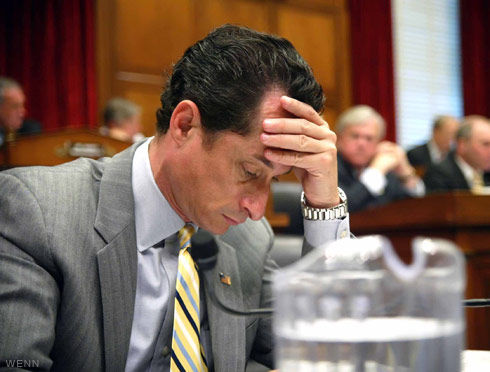 Well, well, well. Looks like Anthony Weiner, a former congressman and current candidate for the New York City mayoral position, didn’t learn his lesson when it comes to sexting girls who know how to take screenshots.

The latest emerging scandal involves Weiner’s weiner, his non-existent brain and a young woman who is not his wife, Huma Abedin. The story was first broken by Nik Richie of The Dirty yesterday. In his exposé, Nik revealed he’s talked with a reliable source who was in a six-month-long sexual relationship with the former congressman.

“She really thought Anthony Weiner and her were in love, they spoke on the phone daily multiple times a day for 6 months. Anthony Weiner played with her emotions and mind. Most calls were phone sex. He promised her many things including a condo in Chicago (1235 S. Prairie Ave) where they were planning to meet up to have sex. Anthony Weiner has a shoe fetish, particularly heels.”

In an attempt to stay ahead of the wave, Anthony has already released a statement:

I said that other texts and photos were likely to come out, and today they have… As I have said in the past, these things that I did were wrong and hurtful to my wife and caused us to go through challenges in our marriage that extended past my resignation from Congress… While some things that have been posted today are true and some are not, there is no question that what I did was wrong. This behavior is behind me.

However, Nik and other sources claim many of the sextual interactions took place well after Anthony’s initial scandal in 2011.