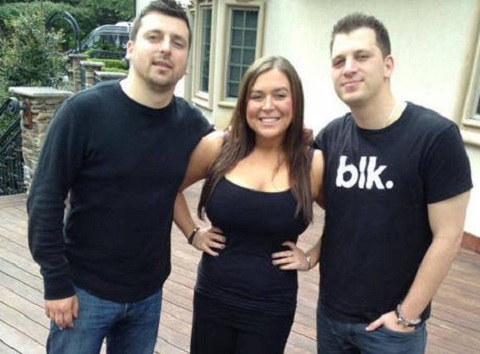 Lauren Manzo has come a long way since we first met her on the season one of Real Housewives of New Jersey. Caroline Manzo’s daughter weighed in at 185 pounds at that time. She is now down 30 pounds, but it didn’t come easy and her critics didn’t make it any easier!

Lauren explains that she had tried several weight loss programs including Dr. Perricone’s Metabolic diet (the egg white diet,) Weight Watchers, LA Weight Loss, and Jenny Craig before opting for surgery. After her failed attempts at weight loss and non-stop bullying on Twitter (people were calling her ugly, fat, and gross), she knew she had to try something more drastic.

So, what’s her secret? It wasn’t diet and exercise! Although it did play a role, a lap band procedure was what sealed the deal for this reality star. “Something wasn’t right with me,” Lauren told US Magazine regarding her mental state prior to the procedure. “I was depressed.” No wonder she was depressed – can you believe what people were saying to her?

After going under the knife, Lauren feels healthier and more confident than ever in her new body. “Getting the lap band was the best thing I’ve ever done in my life,” she reveals. “When I first got it, I didn’t want to tell anybody. So many fans related to my struggle, I didn’t want to feel like I was letting them down.”

Lauren has been dating her boyfriend Vito since before the weight loss. What does he think of her hot new bod?! She says, he “likes that I’m happy … but I could gain 80 pounds from where I am now and he would still love me. He loves me more than I ever thought anyone could.” Aw!

Even though Lauren has already lost 30 pounds, she’s not slowing down and is determined to get to her goal of 120 pounds. “Hopefully, by the end of the summer, I’ll be in a bikini — I’ve never worn a bikini in my life!” We can’t wait to see!