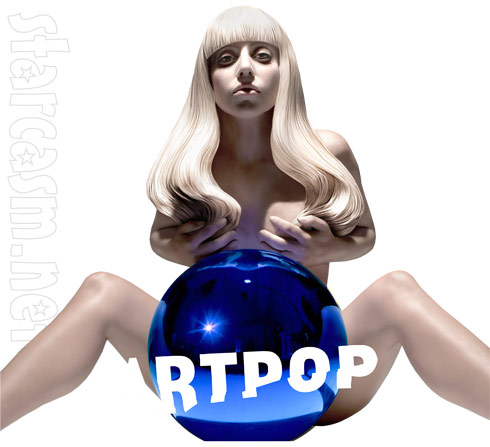 Although Lady Gaga’s new album ARTPOP has sold well more than one million copies since it was released November 11, many still consider it a bit of a disappointment given Lady Gaga’s super stardom and past sales history. Lady Gaga herself, who just changed her screen name from Mother Monster to Goddess Of Love on LittleMonsters.com and Twitter, seems a bit disappointed (to say the least) by how things are going.

“My heart breaks from the people I have trusted and loved who I’ve worked so closely with, who have used me, lied to me, worked me into the ground for the personal gain,” Lady Gaga wrote in a response to fan’s post on LittleMomsters.com yesterday. “When I woke up in the hospital after my surgery there were many people that were not there. My health did not matter. I did not matter unless I could perform. This is a very hard lesson. I have lost love ones to the greed of money.” She then clarified that it isn’t her record label to blame. “It is not Interscope. They in fact love me very much and will see ARTPOP to the end.”

Lady Gaga further referenced the betrayal of those close to her in a post on the site about the much-delayed music video for her latest single “Do What U Want,” which was directed by Terry Richardson and reportedly shot more than a month ago:

It is late because, just like with the Applause video unfortunately, I was given a week to plan and execute it. It is very devastating for someone like me, I devote every moment of my life to creating fantasies for you. All my most successful videos were planned over a period of time when I was rested and my creativity was honored. Those who have betrayed me gravely mismanaged my time and health and left me on my own to damage control any problems that ensued as a result. Millions of dollars are not enough for some people. They want billions. Then they need trillions. I was not enough for some people. They wanted more. I am very grateful to the photographers and designers who have always stood by me to make sure my fans are never aware of the things that happen behind the scenes, but unfortunately after my surgery I was too sick, too tired, and too sad to control the damage on my own. My label was not aware that this was going on. The next few months of ARTPOP will truly be its beginning. Because those who did not care about ARTPOP’s success are now gone, and the dreams I have been planning can now come to fruition. Please forgive me that I did not foresee this coming, I never thought after all the years of hard work that those I called friends and partners would ever care so little at a time I needed them the most. Give me a chance to show you the meaning of seeing art all around you. Open your hearts to me again that I may show you the joy of us coming together through our talents, that we are stronger as a unit than when we are alone. Let me be for you the Goddess that I know I truly am, let me show you the visions that have been in my mind for two years. I love you. Forgive me monsters. Forgive me ARTPOP. You are my whole world.

Here is a photo from the “Do What U Want” music video shoot in which R. Kelly seems (in retrospect) to be representing those who took advantage of Lady Gaga: 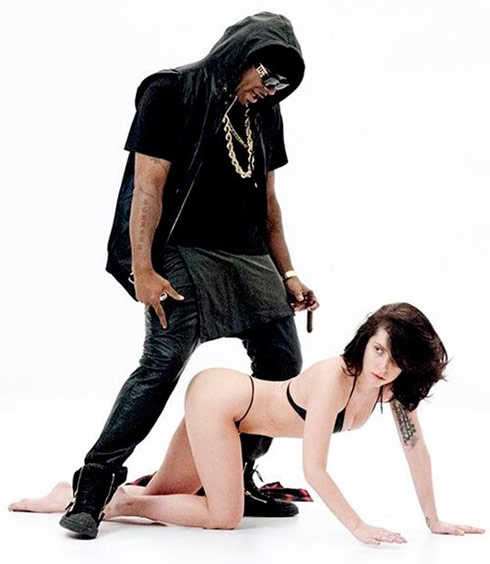 The rather prolific Goddess of Love also took the time to respond to a poster that argued criticism is part of any artistic endeavor and should be embraced by Lady Gaga and her fans instead of condemned. Here’s a photo of the original post, which also makes reference to an Examiner article (since deleted) that reported ARTPOP’s disappointing sales resulted in a $25 million loss for Interscope as well as numerous layoffs at the company: 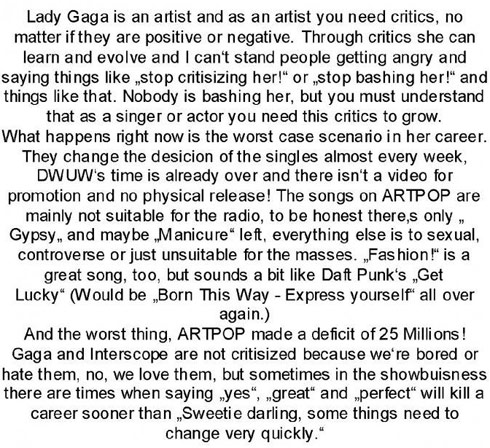 Lady Gaga didn’t seem to agree with the writer’s “Constructive Cristicism Theory” at all, and also dismissed the $25 million rumor:

There is no truth to many of your comments, including the 25 million dollars deficit. These are rumors that are being repeated and spread. They are completely untrue. There are many things behind the scenes you never see. ‘actors and singers need critics to grow’ is something you’ve made up, and it is not healthy for the fans enjoying the music. One could easily say “Actors and singers needs fans to grow,” please keep littlemonsters.com a positive judgement free environment. This is not twitter. this is a community. We are here to support one another and not tear each other apart. please also remember that because you dont know whats going on in my personal life, you may be assuming things that couldnt be further from the truth. there is nobody that worships and fights for you more than I.

There is still no word when, or if, the Terry Richardson version of the “Do What U Want” video will be released, or if it will be remade with the recently released studio version of the song featuring Christina Aguilera instead of R. Kelly alongside Lady Gaga, or if there will be a video at all.