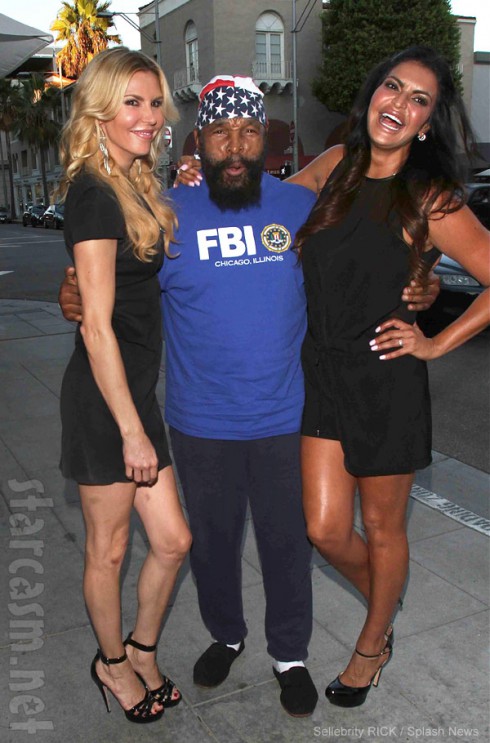 And in awesomest photo of the week news… The Real Housewives of Beverly Hills star Brandi Glanville and her best pal Jennifer Gimenez took the winner of Brandi’s CharityBuzz.com Oscar dress auction out for a day of shopping at Kyle Richards’ Kyle by Alene II store before having dinner with Ken Todd, Giggy, and Lisa Vanderpump at her Villa Blanca restaurant. Also at Villa Blanca was none other than Mr. T himself, and Brandi and Jennifer “stalked” him so that the three beautiful peeps could pose for pictures together in what looked like a promotional shoot for the greatest sitcom never made titled B, J and the T.

As you might imagine, the momentous occasion inspired Brandi to hop right over to Twitter and share her experience with a Mr. Tweet that read, “Hello! I am BFF with Mr.f**king T.” That, in turn, inspired concern from one of Brandi’s followers who assumed she was, er, basically trippin’:

@SonjaMcGriff I was sober and with my BFF Jen at dinner, but thanks.

Brandi explained what went down (roughly) by writing, “OMG he was Villa Blanca and me and Jen stalked him for a pic!”

What do you bet LeAnn Rimes has her agent trying to get up with Mr. T’s agent as we speak to set up a photoshoot?

Anyways, back to Brandi’s amazing day. As I mentioned, she spent the day with the high bidder from her charity auction that included Brandi’s infamous Oscar red carpet dress and the all-day Brandi bff treatment. (You can read all about the auction to benefit Foundation For Living Beauty, which closed well over the $10,000 estimated value, here.) Brandi and the auction winner seemed to have a real blast with the whole experience: 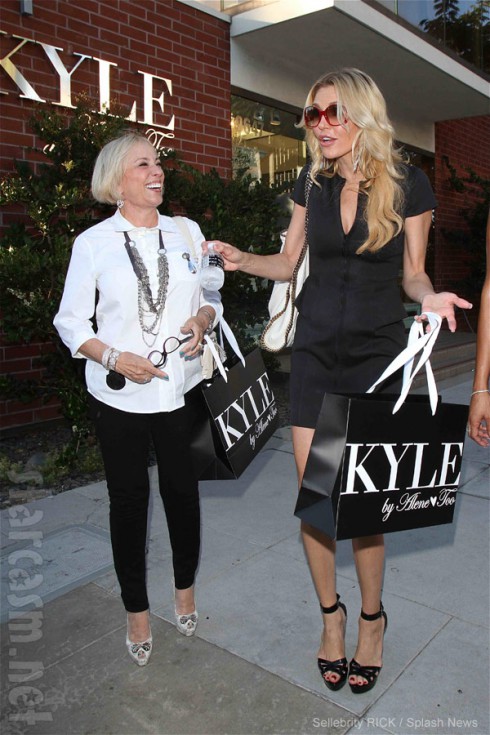 I had the BEST time ever with June and Tom tonight, the @livingbeauty charity giver's. LOVE LOVE LOVE

Also of note to those fans of The Real Housewives of Beverly Hills who follow the off-screen antics of the show’s stars, the dinner brought together Brandi Glanville and Lisa Vanderpump, who are currently feuding and reportedly not even speaking to each other. A follower asked Brandi directly about the two former besties’ falling out, and Brandi’s answer was a bit elusive but seemed to confirm the two are having issues:

@charleegirly @LisaVanderpump I will always love her but sometimes friends have hic-ups.

But the two ladies weren’t about to let their little squabble ruin the fun for the charity auction winner! They even posed for photos together themselves: 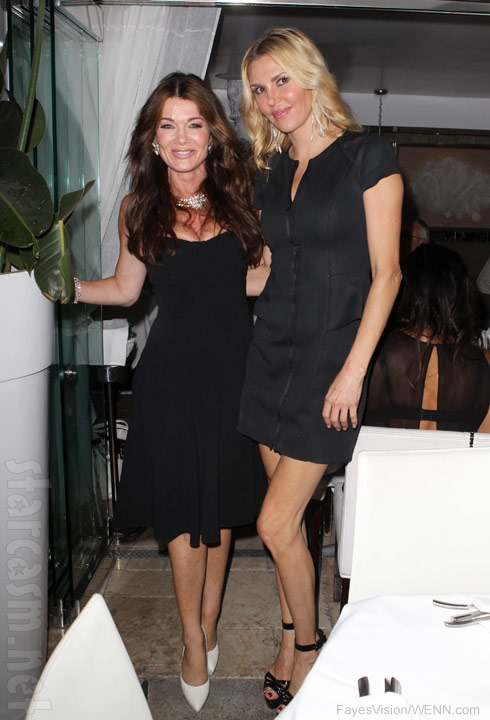 Sadly, there was no photo of Mr. T and Giggy together. Then again, perhaps that’s for the better because I’m just not sure the world is ready for that.

* It should be noted that I wrote this entire post without once writing, “I pity da fool!”