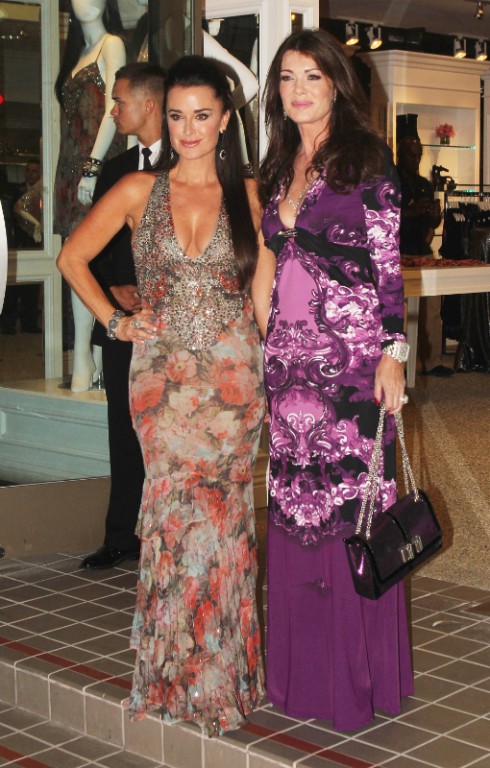 Kyle Richards and a few other ladies from the cast of The Real Housewives of Beverly Hills were spotted in the audience at last night’s Dancing With The Stars. The ladies, including Brandi Glanville, Taylor Armstrong, and Kim Richards, were sitting in the front row which was surprising considering Kyle and Lisa’s fallout at the season 3 reunion. Could Kyle and Lisa have made up or is this appearance strictly business?

Unfortunately, it seems like the later. Sure, some of the ladies were likely there to show their support for Lisa and her partner Gleb, but there was also one other BIG reason that they were all together. According to Lisa, the ladies have just kicked off filming on the fourth season of The Real Housewives of Beverly Hills and last night, and they filmed on the set of Dancing With The Stars.

“The Housewives are here filming and it’s an incredible experience,” Lisa told Us Weekly following the show. “I’m glad that they put all their differences aside – if you’ve seen the reunion – and that’s what life should be about, supporting each other.”

Last we heard, Kyle and Lisa hadn’t even spoken to each other since they filmed the season 3 reunion, so the fact that Kyle wanted to show face and support her former friend says a lot. However, Lisa may not be quite ready to forgive her for all that’s happened in the last couple of seasons. 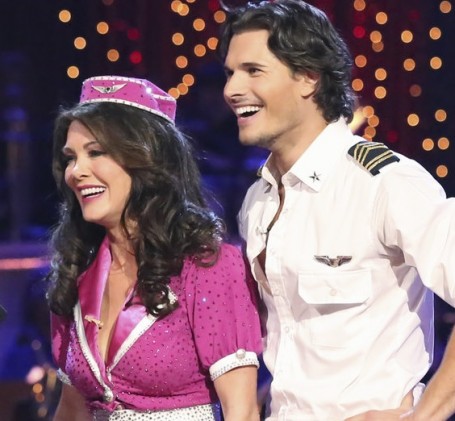 “Well, I don’t know! I’ll let you know!” she said of a possible reconciliation. “The fact that they’re here… You know I’m not a perpetrator or an aggressor, I call it like it is. She’s the one who changed the parameters. We’ll see where we go moving forward. The viewers and fans have been very open with their support… there’s probably still something there.”

The ladies stayed mum on their Dancing With The Stars visit (for the most part) but Brandi did tweet a little hint about “work” which seems to clarify that her and the ladies were doing more than just supporting a friend. “A little fun at #DWTS a little work then date night and tomorrow NYC!” Brandi tweeted.

Noticeably absent from last night’s group was Yolanda Foster who was added as a new Housewife for season 3. She is currently in New York City with her daughter Gigi Hadid. Earlier this year, Yolanda confirmed that the cast was set to begin filming in April but at the time, she wasn’t sure if she would continue to participate because she was dealing with Lyme disease.

Marisa Zanuck and Faye Resnick, who participated in season 3 as “friends of the housewives,” will not be returning for season 4.