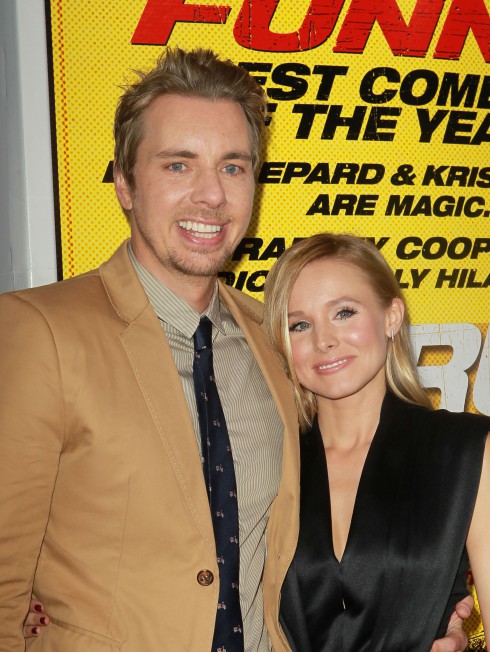 Kristen Bell and Dax Shepard welcomed their first child, a daughter named Lincoln. Bell previously joked that her babies with Shepard will be their “gift to America,” so it seems that “thank you” is more fitting than “congratulations.”

In refreshing style, the celebrity couple didn’t wait for a magazine photoshoot to deliver the news. Shepard first shared the happy news Thursday afternoon on Twitter.

Lincoln Bell Shepard is here. She has mom’s beauty and dad’s obsession with breasts. Hooray!!!

Bell followed it up a while later with an equally funny announcement.

If the tweets are any indication, it seems their friend Ben Schwartz was correct in predicting that watching Bell and Shepard raise children would be akin to watching a hilarious sitcom.

Yesterday, in her last pre-delivery tweet, Bell shared a picture of her pup “eavesdropping” against her belly. 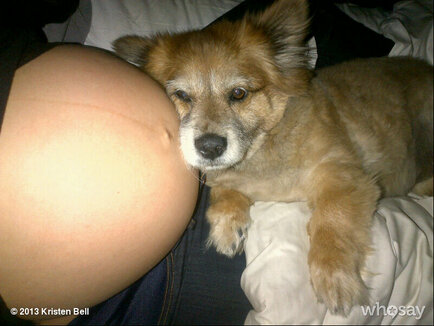 Bell and Shepard co-starred in When in Rome. They got engaged in January 2010, but say they will only wed when gay marriage is legalized. (Although Shepard raised a few eyebrows when he referred to Bell as his wife in a recent blog post.)

Bell’s pregnancy with their first child seemed to go well, physically speaking. However, the couple weathered a tough emotional period when Shepard’s father died late last year from cancer. Fortunately, the grandpa-to-be was able to spend some time with the unborn child.

“She lifted her shirt up and he put his hand on her swollen stomach. He left it there for the better part of an hour. He was smiling from ear to ear, sitting contently, unable to put together a sentence, but still capable of connecting to the new family member we were creating,” Dax wrote of the event.

Let’s hope the family gets some time to settle in before Bell begins filming the upcoming Veronica Mars movie, which was fan-funded through Kickstarter.