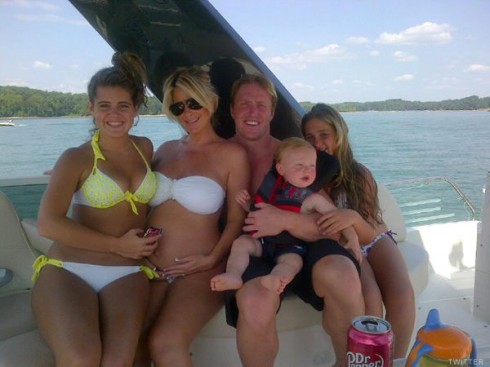 The expectant mom and her family took a lake trip over Father’s Day weekend and Kim shared the above photo of herself in a white bikini holding her Biermann belly along with daughters Brielle, 15 (left), and Ariana, 9 (right), as well as Kroy and Kroy, Jr., 1. The photo was accompanied by the tweet, “The whole family!!!!!!!!!! Great Daddy’s day today on the water!!!”

That picture was preceded by this next family shot, sans Kim, in which the Biermann/Zolciak clan looks to be just about the happiest family in all of reality television! 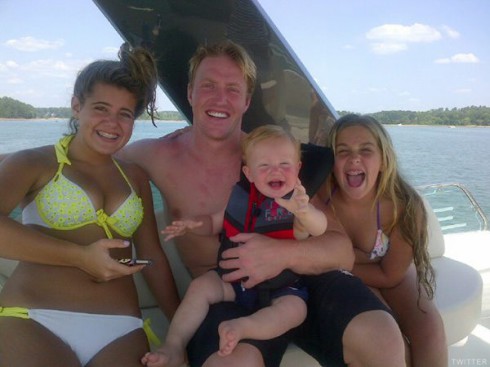 So when is Kim Zolciak’s due date? A Twitter follower asked her that very question and she responded by tweeting, “In a couple months!!”

Congrats to Kim and her family! They really have been one of the best reality TV stories of the last couple years. (Who would have thought a few years ago that Kim would be happily married to a football player, have her own reality series, and be expecting her second son?!? Big Poppa who?) #BloopBloopBloop