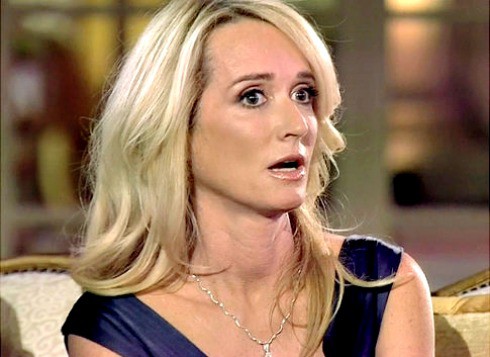 Troubled reality star Kim Richards will not return to Real Housewives of Beverly Hills as a full-time cast member, regardless of what happens with her legal or personal problems. She recently returned to rehab after estranging multiple family members at her daughter’s wedding.

“When Kim went missing in action she refused to answer calls of anyone from the network for the entire time. They had to find out about her entering rehab again from a family member,” a production source told Radar Online. “They decided that it was time to let her go because there was a lack of communication, and they are glad to see her go. Finally, they can no longer be held accountable for her misconduct.”

Other sources told E! News there is a possibility Kim will return with small cameos, but that’s unlikely until she takes care of herself. The good news is that Kim is reportedly “doing better” now that she’s in a stricter treatment facility.

Bravo did not respond to requests for comment on the status of Kim or any of her co-stars.

Was Camille Grammer fired from The Real Housewives of Beverly Hills?