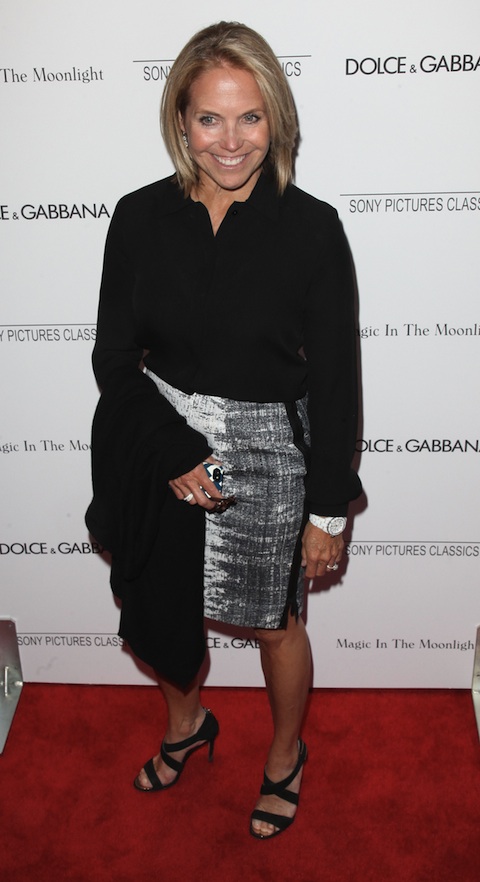 The News Sorority, a forthcoming book by writer Shelia Weller, paints an intriguing picture of the professional lives of TV’s three most prominent female journalists.

Katie Couric, Diane Sawyer, and Rory Gilmore-favorite Christiane Amanpour all get examined by Weller, but it’s Couric who seems to receive the harshest looks.

Couric, the book alleges, tried to cultivate an “American Girl identity” at the same time that she acted like “a bully with a chip on her shoulder.”

And she could be mean-spirited. To say the least.

For example: when she found out that Sawyer had secured an interview with Rosee Swain, the 57 year-old Alabama woman who made headlines when she gave birth to twins, Couric’s response was acerbic:

The book also portrays Couric as insensitive to the realities of her colleagues and peers’ lives. In 2010, while many on-air talents were forced to take pay cuts, Couric–making $15 million per year at the time–did a rather glamorous photo shoot for Harper’s Bazaar, flaunting her famous gams all the while.

Weller writes of the juxtaposition: “Irrational though it might have been, it felt like Katie was rubbing in her privilege while so many women saw themselves, or their friends, cleaning their desks and saying goodbye.”

Couric herself has not responded to any of Weller’s allegations. A person close to Couric, speaking on the anchor’s behalf, has dismissed the book and its claims outright:

It’s sad that‎ the author and her public relations team continue to rely on anti-feminist caricatures, misrepresentations and falsehoods in their desperate efforts to drum up interest in this book.

The News Sorority goes on sale on September 30th.

Katie Couric was bulimic when she was younger