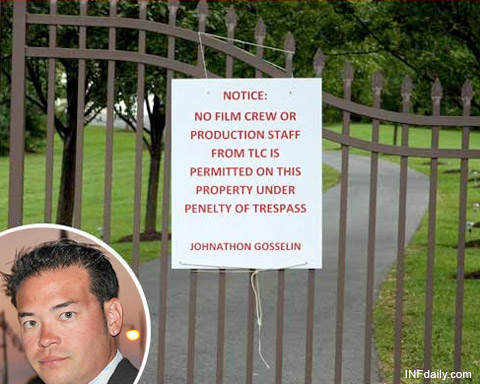 Shortly after he was removed from his family’s reality show, Jon Gosselin has put Jon and Kate Plus 8’s network TLC on notice to “cease and desist” all production on the show and asked them to stay off their property.

Mark Jay Heller is the attorney for Jon Gosselin and he tells ETonline:

“Jon realized his family was like a trainwreck, so he decided to put the brakes on the divorce and on the show … because if he didn’t the family would be in a mortal accident … the victims of a trainwreck.”

Heller goes on to say that the network never obtained the proper special permits from the state of Pennsylvania that would allow the Gosselin’s children to be involved in the show and that the children hadn’t been compensated for the last four years.

Disputing the obvious assumption, Jon and Heller claim they’ve been talking about puling the plug on the show for weeks now, long before it was announced Jon’s role would be greatly diminished and the title of the show was going to be changed to Kate Plus 8.

Speaking of Kate Plus 8, Heller claims that changing the show’s title would require an entirely new agreement and that the contracts from the previous show wouldn’t carry over:

“A new program known as ‘Kate Plus 8’ would certainly require the acquiescence and consent not only of Kate Gosselin but Jon Gosselin, who is the father of the eight Gosselin children, which consent Jon has not given and if necessary, Jon is prepared to seek Court intervention to make sure his children’s best interests are protected.”

Jon’s “high road” antics are summed up in a couple letters obtained by ETonline from Jon’s attorneys to TLC:

“…you state that your client has ‘…stated many times in the past, the Company will not undertake any conduct that either Kate or Jon truly believes is detrimental or potentially detrimental to their children.'”

“Jon Gosselin unequivocally believes that his children’s continued participation in your client’s television production is ‘detrimental’ to his children. Accordingly, Jon expects that your client will cease and desist from any and all further production which includes his eight children.”

Gosselin’s attorney writes to TLC lawyers in a second letter: “Effective immediately no production crews are to enter Jon Gosselin’s family home for any reason. In the event that anyone enters the marital property, Jon Gosselin will notify the local authority to effectuate Police action against any trespassers.”

How ridiculous is all this?!? I’m actually beginning to think that the healthiest thing for these children is that they are able to continue the show with Kate! These children are going to be the victims of an even larger media circus at this point, so maybe it would be a good thing to keep some cameras in their lives that aren’t chaotic and frightening? Besides, I was looking forward to Kate Plus 8 because I think a lot of the iron-fisted qualities that caused people to dislike Kate when she was forced to mother her mentally-still-a-freshman-in-college husband in addition to their eight children were the same qualities that would have made it possible for her to pull this thing off.

I think she should back off from all the “extra” stuff like book tours and talk shows and all that crap, but I think it’s entirely possible that this woman has what it takes to stabilize the children’s lives and I think it would be immensely beneficial to the future lives of the kids if she’s able to do that on television before the show is ended. If it ends now, then all we will have is the endless vitriol associated with a very public divorce and custody battle – and that’s what will be remembered. I’m not saying that if they had it to do over again that Jon and Kate Plus 8 was the right decision for the Gosselins, but at this point I think they need to try to wrap it up on an optimistic note to curb the public’s condemnation and lessen the obstacles these children are going to have to face as they grow older.

Oh, and in case you had that “not so fresh feeling,” here is Jon in all his usual douchebag glory – this time from Beverly Hills: 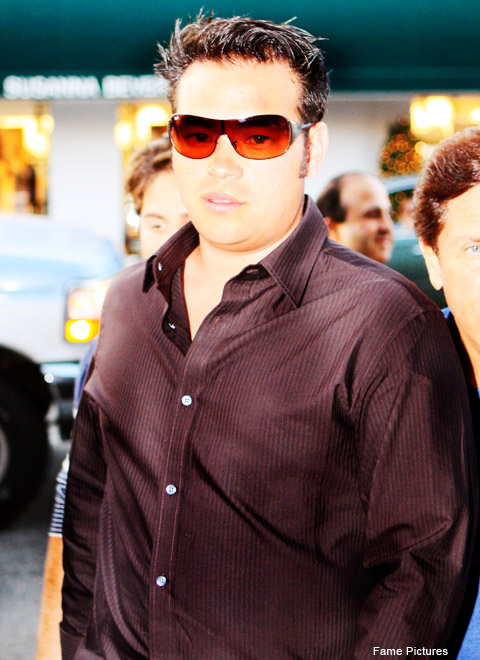 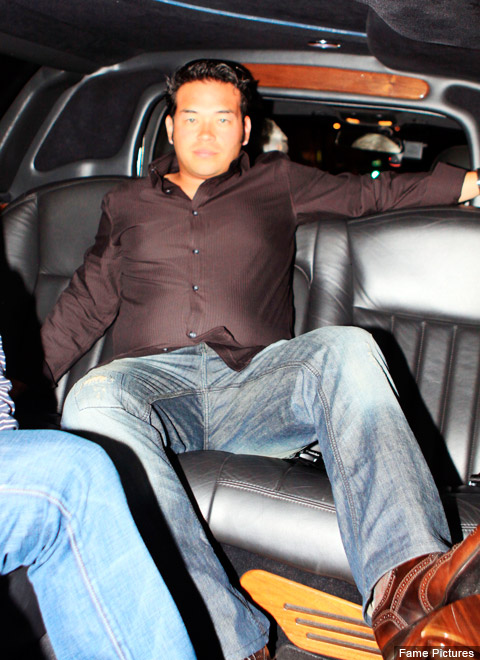