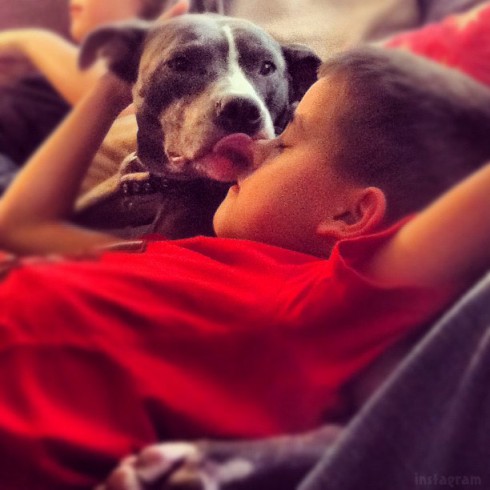 Sometimes compared to a pit bull herself by television viewers, former Jon and Kate Plus 8 star Kate Gosselin is none too pleased that her former husband Jon Gosselin’s current girlfriend Liz Jannetta shared photos of two of her eight children playing with one of the controversial pooches.

The photos were shared by Jannetta on October 27, which is National Pit Bull Awareness Day, and featured one with one of Kate’s sons (above) and another with one of her daughters. The photo above was accompanied by the tweet “Photography enables such devotion and feeling… 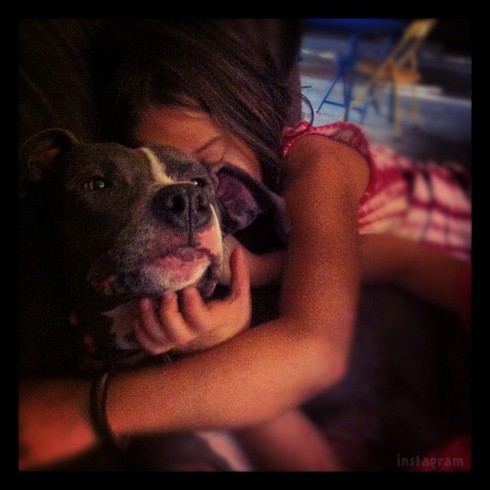 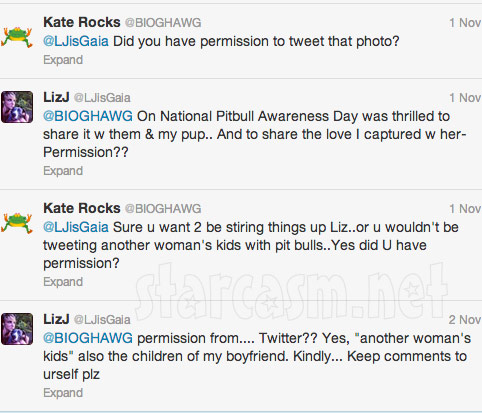 Kate Gosselin hasn’t addressed the photos directly, but she did retweet a couple links to walkforvictimsofpitbulls.blogspot.com, a site dedicated to promoting awareness of the victims of pit bull attacks: 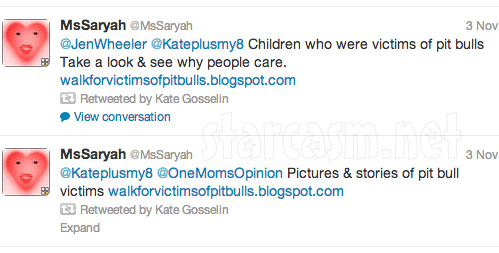 So what do you think about children posing with pit bulls? What about posing your boyfriend’s children with your pit bull and posting the photos online?