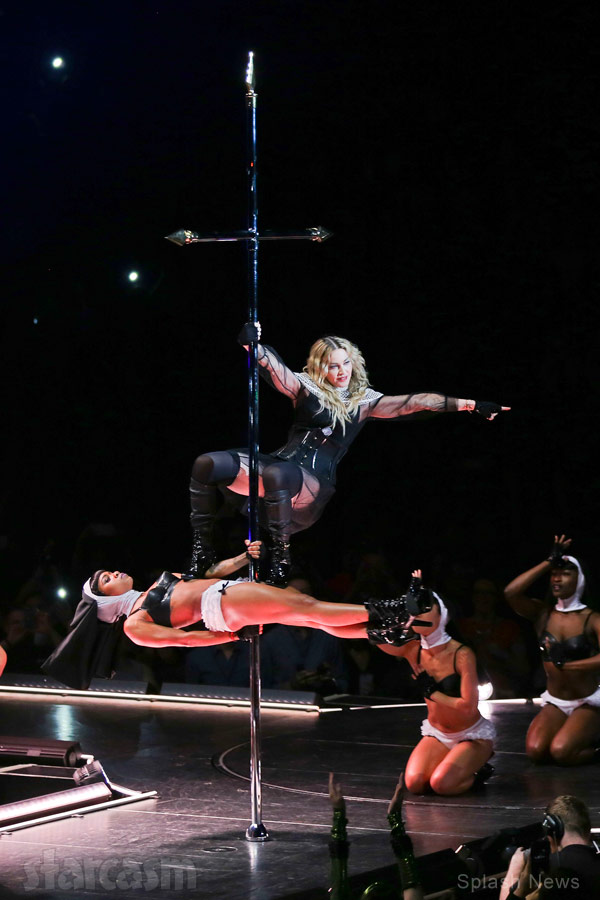 Madonna may be 57 years old, but that isn’t going to stop her from continuing to do what made her the Queen of Pop: performing music and angering Christians! On her current Rebel Heart Tour, Madonna doles out dozens of her best-known hits with stage performances that are a familiar mix of the sacred and profane — including one that includes Madonna pole dancing on a cross along with lingerie-wearing nun dancers. 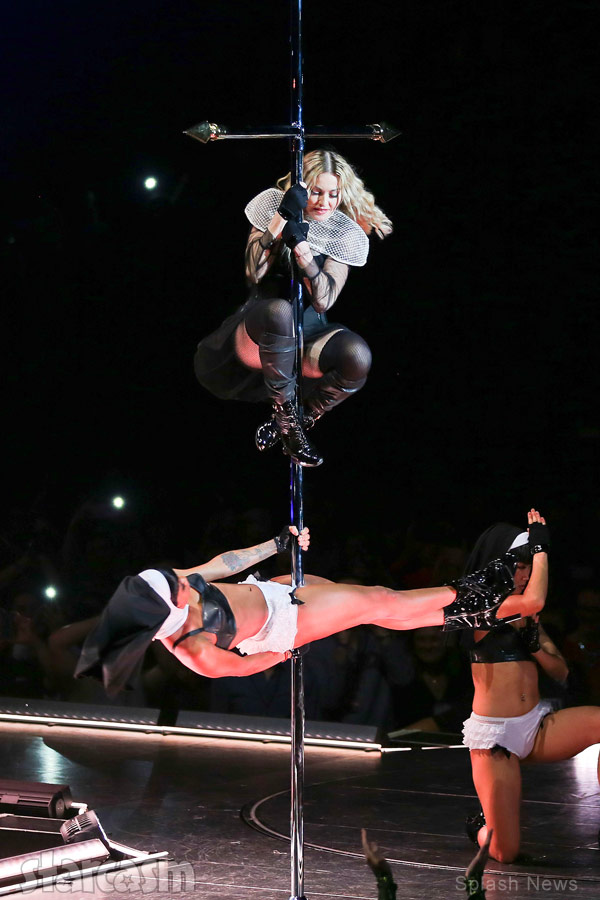 For the most part, Madonna’s attempt at controversy with sexy cross dancing has fallen on deaf ears in the media as pop culture has become pretty much anesthetized to the “shocking” mixture of eroticism and Christian iconography (thanks in large part to Madonna herself). Even the Catholic League seems to be yawning at what would have made worldwide headlines a couple of decades ago:

Examples of Madonna’s anti-Catholic performances over the years abound, as a perusal of our annual reports amply documents. Now, at age 57, these seem to have become her last refuge as she struggles to avoid becoming an entertainment has-been. For her and her fans, apparently, Catholic-bashing is the one thing that never gets old. 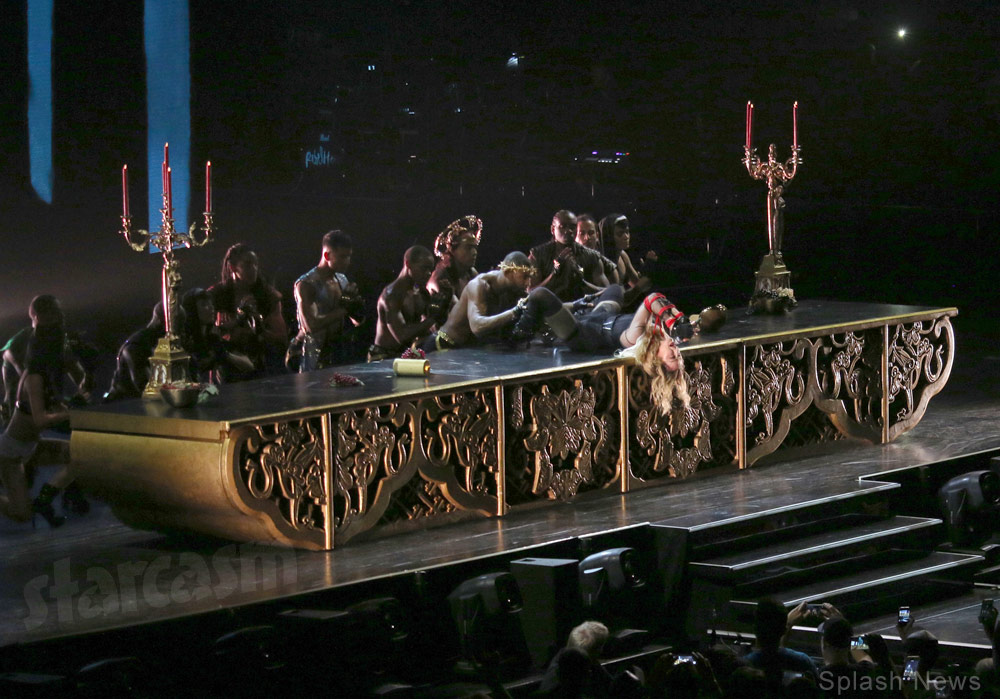 It’s almost as though Madonna is pioneering a new old genre of retro shock pop.

As far as the Rebel Heart Tour reviews go, The Vancouver Sun‘s Shawn Conner seems to sum it up nicely when he writes, “It wasn’t a great concert, but it was a heckuva show.”

A-Rod And Madonna Soon To Be Living Evita Loca?