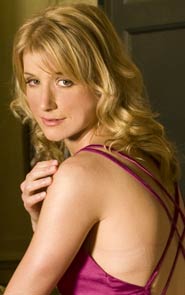 Belle du Jour, the mysterious anonymous London blogger call girl, has been unmasked! The Sunday Times revealed the prostitute who launched bestselling books and a British T.V. series picked up by Showtime as scientist Brooke, Magnanti, “a respected specialist in developmental neurotoxicology and cancer epidemiology in a hospital research group in Bristol.”

Wowza. Sexy, and brainy. I smell a movie deal coming on. Magnanti decided to out herself before one of her ex boyfriends did, and because anonymity was “no fun.” She complained about missing her book launch parties.

Magnanti turned to prostitution six years ago when she was in the final year of a Ph.D. and out of cash. She wanted to keep her London apartment so so turned to an escort service for quick money. She was already adept at scientific blogging, so Magnanti started a blog about her alter-ego Belle du Jour, to describe her actually kind-of-fun life as a a high-end hooker. Belle du Jour was a legal secretary by day and an escort by night. Magnanti was never a legal secretary, but at some point she got a  job as a computer programmer (this chick really is multi-talented), but didn’t quit her night job because she was having fun.

Magnanti’s writing has been highly praised, but many people have speculated if a real prostitute was really behind the book and the blog at all. Some have chatisted her for glamorizing the oldest profession, and others just found it unrealistic.

This multi-tasking diva, who was even anonymous to her literary agent until now, is working on another book, but plans to continue her medical career. The show based on her characer, Secret Diary of a Call Girl, stars Billie Piper and is currently in its third season.

Since the secret is out, Magnanti’s future depends on how well she can spin her game, but she’s been a savvy cookie so far, so she’ll come out on top. Now she can make it not only to her book launch, but her movie premiere. 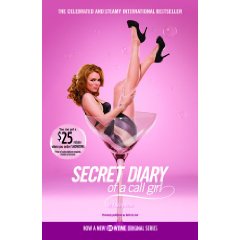 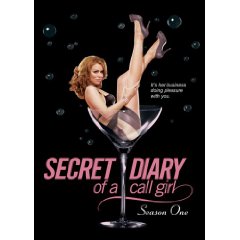 Tiger Woods was admitted to hospital for overdose on Vicodin and Ambien, was intubated for breathing problems