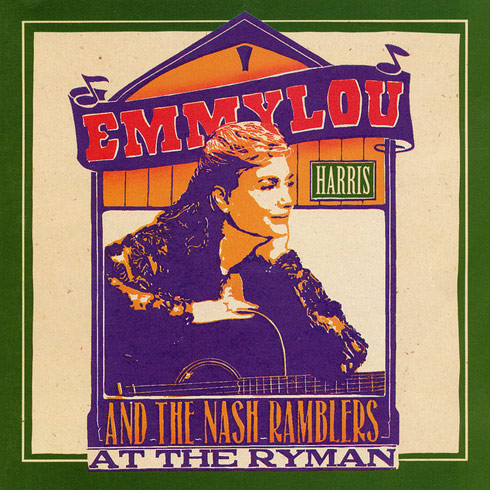 There are some stone cold killers in the form of live country music album releases. Waylon Live can change a man, there’s his outlaw counterpart’s never failing 2 lp set Willie and Family Live, there’s the incomparable all live radio performances disc from Lefty Frizzell’s Bear Family treasure Life’s Like Poetry, there’s Townes Van Zandt’s Live at the Old Quarter (if you classify that as country) and then there is the scope and magnitude of Johnny Cash Live at Folsom Prison.

I believe best is a hard, hard thing to come by. I’ll just say that there are a handful of these live recordings that are the greatest and they’re equals. But what if I told you that a somewhat unheralded (chart wise anyways) release from 1992 would fall unquestionably under the title of my all time favorite live country music release? Not only that, but this record features covers only and is a completely acoustic affair.

Well, this is exactly what I think of the unstoppable force that is Emmylou Harris and The Nash Ramblers At the Ryman.

Around 1991 Emmylou Harris disbanded her Hot Band and was looking for a new avenue to pursue musically. What she {ahem} settled on was putting together what some might consider a supergroup of bluegrass influenced musicians. Here’s the line-up for these Nash Ramblers as heard on the release:

All of these men are stars in their own right. The late Roy Huskey Jr. is widely considered an all time great stand up bass player. He died of lung cancer at the too-young age of 40. Sam Bush is known as the “King of Newgrass” and for my taste is the hottest darn mandolin player alive.

In many ways Emmylou and Marty Stuart are the upfront caretakers of the traditions and vital history of country music. In this vein, Emmylou decided that her first move with this new band would be to make a push to help revitalize a national treasure and The Mother Church of Country Music, the Ryman Auditorium.

When she took the stage for these shows that became At the Ryman the original home of The Grand Ole Opry was merely a building haunted by the ghosts that came before like Ernest Tubb and Hank Williams. Her dedication to this place along with her shows of course are widely regarded as the catalyst for the reopening of the Ryman which occurred in 1994.

Harris said the following about the Ryman Auditorium:

I believe so much in the power of music, because my life was changed through music. Because I know of its power. I know how it can reach people everywhere. I guess specifically I’m talking about the kind of music I love. I call it country music… All music has a certain element in it that is real, this is like light, that can travel, anywhere, and touch people, anywhere. And to me, the music that was made at the Ryman is certainly, probably traveled farther and touched more lives than people ever imagine.

All things considered, Emmylou had one heck of a challenge on her hand. She assembled a serious powerhouse acoustic band and she wanted to reinvigorate an interest in the most important physical site for this genre known as country. Within this framework is where the stunning dichotomy of this release comes in. Harris achieved her goals and did so by playing many contemporary songs by wide ranging artists including Bruce Springsteen, John Fogerty and Steve Earle. At the Ryman is pure country, anchored by a number of Bill Monroe standards, that’s driven by modern songs and artists that would fall outside of the country genre respectively.

To me it’s obvious why this works, I don’t know of a recording artist that gets across the love, adoration and appreciation of a cover more than Emmylou. This is Harris’ finest quality. When she accompanies another artist, say Bob Dylan, Willie Nelson, Neil Young, her harmonies are imbued with that sense of respect and awe but when she takes the lead that admiration is palpable.

When Emmylou Harris sings someone else’s tune she’s able to communicate that she loves that work just as much as the listener does. That ability is astounding and comes from a very real and honest place and nowhere in her catalog is this on finer display than At the Ryman. Harris is singing in a venue she worships, with musicians she adores, and songs that mean everything to her. Every second reflects just that and jumps off the record crystal clear and clean.

The album, which is culled together from various performances (and done so masterfully and given the feel of a singular concert) starts off with Steve Earle’s “Guitar Town.” This is a song about the inherent rebellion of choosing the life of a musician and it’s of Nashville. The subtle flip from, “Hey sweet momma,” to “Hey sweet daddy,” sets the tone as Harris and her band launch headfirst into a set. 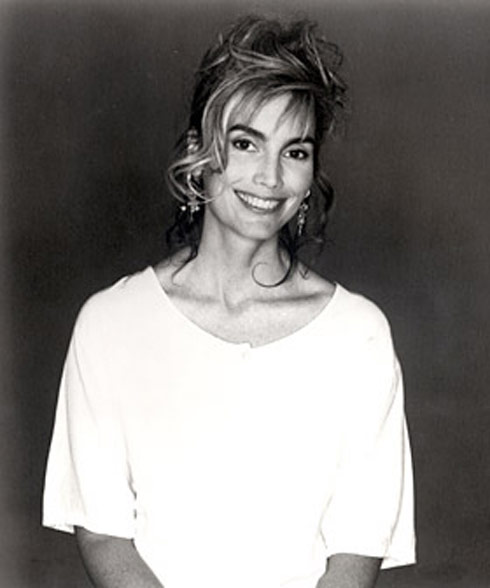 This rousing opener is followed by a Hank Williams Sr. number “Half As Much,” a mesmerizing vocal yodeling display on “Cattle Call” and the Johnny Cash classic “Guess Things Happen that Way.” This great triple-shot is tempered by one of the real standouts on the record. Emmylou and her boys go almost acapella on the old, old Stephen Foster standard “Hard Times.” The performance is divine and I still believe that the producer didn’t have to mix out one iota of crowd noise as the harmonies come alive in the best sounding concert hall in America.

For most releases a tune like that would mean a breather but what follows is a rather noteworthy recording for this particular music fan. My childhood hero, and hell, adult hero for that matter, is Bruce Springsteen. His own songs are so difficult to cover, they’re infused so much by his own belief that it’s hard to find a way to capture what the boss brings to his own work. Sometimes it happens, like in the great change-up by The Band on “Atlantic City” and a recent devastating version by The Swell Season of “Drive all Night,” but for my money the version of Nebraska’s “Mansion on the Hill” found here is the best Springsteen cover out there.

And the reason it hits me this way is about what I discussed previously. Emmylou manages to tell me that she holds this song in as high regard as I do. There’s such a reverence and delicacy about the ways she performs it here. There’s an old joke about Bob Dylan fanatics, “I know people like Bob Dylan but I REALLY like Bob Dylan.” I feel that way about Bruce and from this performance I know Emmylou does too. That’s quite amazing.

Next up is a Bill Monroe instrumental “Scotland” and I’ll be darned if Emmylou doesn’t dance her boots off just to get a date with The Father of Bluegrass Music. Catch this live footage from a video release that accompanied the record in which Emmylou explains why Monroe is cooler than you followed by Harris cuttin’ a Ryman-rug with the man:

Next the band cuts loose on the Ray Park western ode “Montana Cowgirl” and then we get a syrupy sweet (in a good way) “Like Strangers” made popular by The Everly Brothers.

Then Emmylou heads to what may first seem like seriously uncharted waters by covering the John Fogerty penned “Lodi,” a big hit for Creedence Clearwater Revival. Man I love this version and that piercing lap steel riff! I also appreciate the fact that it puts Fogerty alongside the likes of the aforementioned Springsteen and Earle. While the depth of his career may not be as boding I challenge anyone to give me a songwriter with a better three year run than he had in those glorious CCR days. The man wrote “Proud Mary” for goodness sake.

This great take on Fogerty puts us on the doorstep of the emotional high ground from this record. Harris gives it a go on the traditional “Calling My Children Home” and she darn near tears the roof off the building she’s attempting to revive. Here’s a version from 1992. While this isn’t the same recording you get a fine taste of the power of the performances of this song from this time with that band:

From here we pick up with a toe tapper in the form of “If I Could Be There” and then an absolutely blistering double-shot of Bill Monroe covers. “Walls of Time” is a good one but man The Nash Ramblers, especially Sam Bush on “Get Up John” are a burning bush. The riff that Bush hammers home time and time again rings out like a country trumpet of truth! The Ryman was a church before it became a different kind of church and in this moment it grandly houses both.

Emmylou brings it back down one more time before a great closer in “Smoke Along the Track” with a medley of Nanci Griffith’s, “It’s a Hard Life Wherever You Go” and the folk civil rights anthem “Abraham, Martin and John.” These are wonderful and poignant versions of tunes that focus on the dream of equality and reflects, one last time, on just how good this band can sound on this hollowed ground.

Here’s the version of “Abraham, Martin and John” from At the Ryman:

Thanks for taking time to reflect on this all time great record and, as Emmylou said, “Feel that hillbilly dust.” If you’re interested in picking up a copy or you just a need a new one because yours is all worn out like mine you can go here.

Making It: A review of Grant Peeples’ Okra and Ecclesiastes

A look back: Merle Haggard’s “Back to the Barrooms” 30 years later