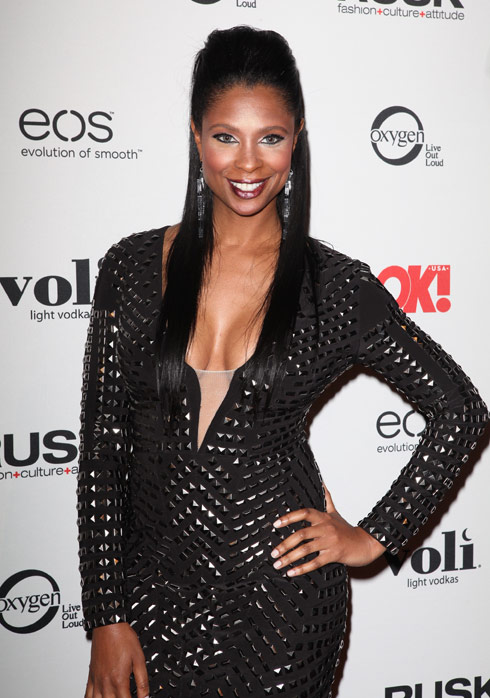 Jennifer Williams, formerly of Basketball Wives, has dropped her lawsuit against Nia Crooks. Jennifer had claimed that after Nia slapped her back in January, she’d suffered physical injuries and psychological damage. We’re guessing the psychological damage she was referring to was the humiliation of being b!tch-slapped on national television — their fight aired on the show. Now, it looks like Jennifer has had a change of heart.

Earlier this month, Jennifer filed papers to put an end to her legal drama with Nia and has dropped all charges against her. Think you smell a settlement? Not so fast! Jennifer received no pay-off or anything of the sort. She was simply done with all the drama.

Her rep tells TMZ, Jennifer is “already dealing with her difficult divorce and did not feel that it was necessary to continue to pursue civil action.” The reality star filed for divorce from Eric Williams after 10 years of marriage. Over a year later, they are still not yet divorced. Jennifer should look into hiring Katie Holmes’ lawyer — her divorce from Tom Cruise was finalized in less than two weeks.

Back to the slap heard ’round the reality world. Nia’s lawyer is also speaking out and while one may think she’d be thankful to Jennifer for putting an end to the lawsuit, she’s just reiterating how stupid the whole thing was — via her lawyer, of course. Javier Solano tells TMZ, “We have always maintained that the frivolous lawsuit brought by Jennifer Williams was nothing short of a last-gasp attempt to maintain her dwindling relevance on the ‘Basketball Wives.'” Ouch! He also adds, “Nia is happy to put this issue behind her and start looking ahead to work on her own career.”

Just last month, Nia talked to S2S Magazine about their brawl-caught-on-tape and admitted she has regrets about what happened between her and Jennifer. “I just wish my reaction wouldn’t have been that. I can’t take that back now, but that’s the way I was raised. That’s how I grew up. That’s a normal reaction of mine.” Maybe that’s what prompted Jennifer to drop suit (Oh Slap)!

Jennifer isn’t the only Basketball Wives star to get into a physical altercation. Her former co-stars Tami Roman and Meeka Claxton were allegedly thrown out of a nightclub after punches were thrown.

VIDEO Preview of Evelyn Lozada’s emotional appearance on the premiere of Iyanla: Fix My Life