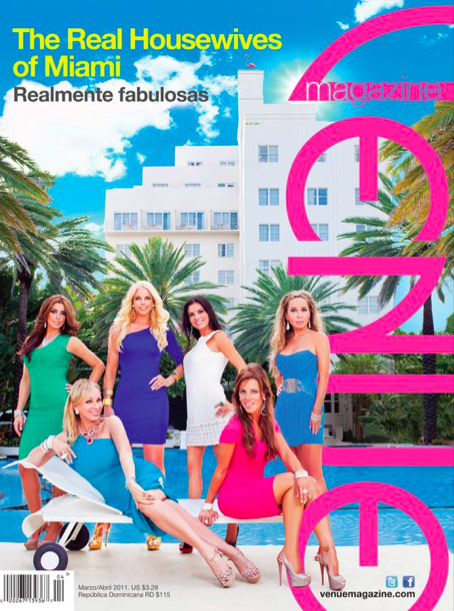 Tonight is the season 1 finale of The Real Housewives of Miami and if the Twitter feeds from the ladies and the short 6 episode run are any indication it could very well be the only season.

The network and their public representative Andy Cohen have been hush on the future of not only Miami but D.C. as well.  There have been conflicting reports on whether or not there will be another season of The Real Housewives of D.C. but my opinion is that no word is not good news.

The ladies from RHOM are hitting their Twitter feeds with pleas for another season, tagging Bravo as well as Cohen.  Cristy Rice has complained via her Facebook page that the network hasn’t featured her store Bri Bri Boutique at all:

“Tuesday Night our final episode- hope you have enjoyed the season thus far! I enjoyed filming! I am only sorry that unlike the other 5 girls they NEVER showed you MY business (BriBri Boutique of which i have had for over 10 years) nor any scenes with my family or my friends:( ???? SIMPLY TIX DRAMA:( Not very cool but it is what it is!!! God Bless and thanks for watching!”

Before the season began there was some promotion of how the show would be featuring drag queen Elaine Lancaster but she (he – James Davis) has hardly been seen.  All in all it looks bad for fans of the girls down Miami way.  If this is the pink flamingo swan song (except for the live reunion show) we will always have the memories of Lea Black’s hooker phone bomb, Alexia Echevarria’s put down of the entire town of Hialeah and of course Mama Elsa Patton and her glorious road trip to New York City.

I kind of hope I’m wrong because I see potential for the Miami set, or maybe I just can’t get enough of Adriana.

Who is Rebekka Harajuku?

Stanley from The Office drops sexified video for “2 Be Simple”