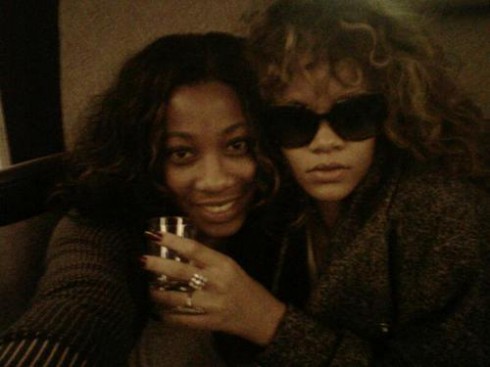 It looks like Rihanna is getting over Chris Brown by dating a lady friend, or maybe she’s just showing some tongue-in-cheek love for an old friend Melissa Forde.

“I’m on my first date in almost 2 years,” she wrote on Twitter about her outing with Forde, following up with “#datenight” with “my lover for the night @mforde11.’

They were seen holding hands when they left Malibu restauran, and later went to the Roxbury in Hollywood. Around 6 a.m. she tweeted “Beautiful is great, submissive is even better. Bawse bitch who’s submissive yet the captain of the ship n HONEST…#priceless #marryME, but she bad… So maybe she won’t…. But shit, then again maybe she will.”

Rihanna’s been close with Forde, who is also from Barbados for years. They met at age 14 when Melissa transferred to Rihanna’s school. The pair even have matching tattoos “never a failure, always a lesson.” In 2010, they were even living together. She told Seventeen Magazine in 2010:

“I’ve known her ever since we were 14. She transferred to my school in Barbados and we just clicked. That was a time when I had no girlfriends at all, and neither did she. (…) she was my first real girlfriend and now she’s almost always with me – we live together. I feel so comfortable when she’s around. I feel like she’s like my guardian angel.”

Here they are in 2009 going to a Knicks Game at Madison Square Garden: 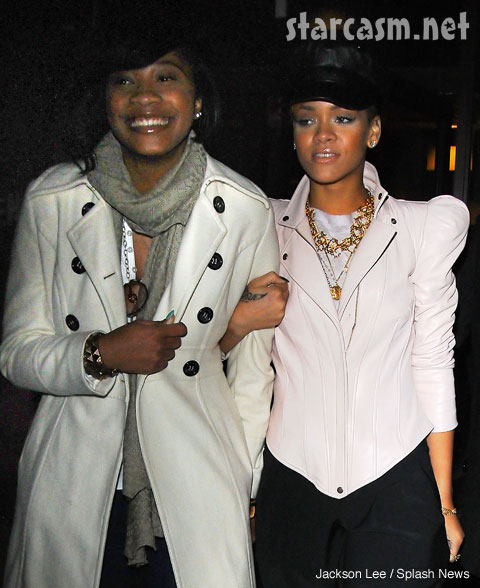 So, maybe they’re dating, maybe they’re not. This totally sounds like affection a girl would say about her best friend, but Rihanna could also be totally serious about her romantic love for Melissa. Maybe Melissa will be good for Rihanna.

At least Rihanna’s not doing lines off of Melissa’s head.

Have Rihanna’s partying ways spun out of control?