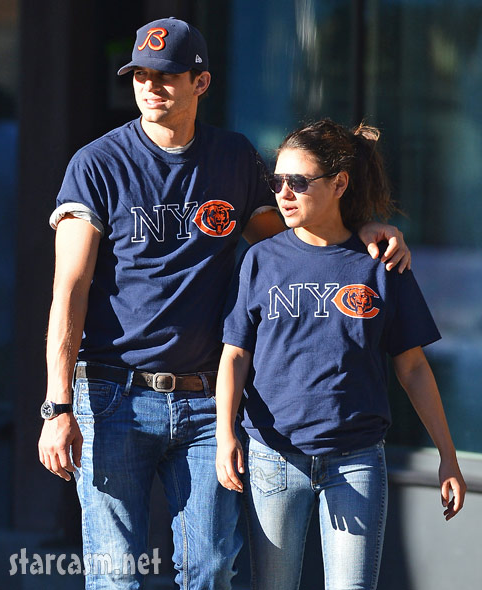 Even though Mila has expressed a desire to have a family in Glamour magazine this year, she’s not yet expecting a baby with boyfriend Ashton Kutcher.

She told the fashion magazine:

“I do want a family. I’d rather be in love and have a baby than a movie.”

Star Magazine claims Ashton’s eager to have a child too:

“Ashton feels his biological clock ticking – he’s wanted kids for years but he and Demi Moore didn’t have luck conceiving, most likely because of her age.

And he’s on a campaign to get Mila to agree to be a mom, he’s reminded her that he’s had plenty of father practice with Demi’s three daughters.”

Mila was recently seen wearing a baggy tank top, which made people speculate about her sporting a “bump.” Click here to see those pics.

Her rep confirmed to The Mail Online that the Black Swan star is “not expecting.”

34-year-old Ashton and 29-year-old Mila have been publicly dating since this summer, when they were spotted kissing.

Ashton is still in the midst of a divorce from 49-year-old Demi Moore, who expressed wishes to divorce Ashton November 2011. Divorce papers have still not been filed.

CLICK HERE to see Mila in a Glitter Barbie commercial as a kid, and HERE to hear what Mila has to say about body pressures in Hollywood.