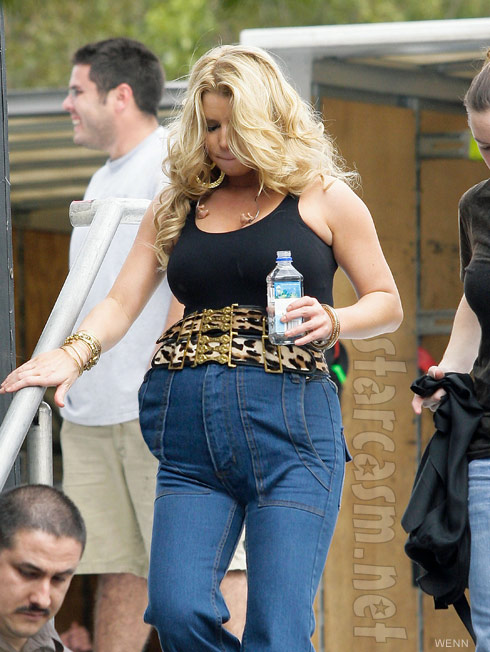 In Touch is confirming that singer, actress, and fashion empire maven Jessica Simpson is pregnant!

Jessica Simpson and 32-year-old fiancé, Eric Johnson, plan to be wed in November, and according to In Touch’s source the baby news won’t affect those plans, and the couple sees the pregnancy as “the best wedding gift ever.”

The pregnancy rumors began to fly after Jessica was spotted leaving Cabo San Lucas, Mexico yesterday wearing a loose-fitting animal print top. This was on the heels of the 31-year-old singer keeping her belly hidden on a vacation with Ashlee Simpson, Nicole Richie, and Samantha Ronson that saw Nicole and Samantha enjoying time in the sun wearing revealing bathing suits.

I should probably qualify this post by saying that it is just In Touch with a “source close to Jessica” that is confirming all this, so it still might not be true. But, I couldn’t resist an opportunity to get in Photoshop and pump up Jessica Simpson’s notorious momma jeans! 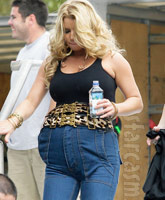 Kristen Bell and Dax Shepard confirm they are expecting baby No. 2