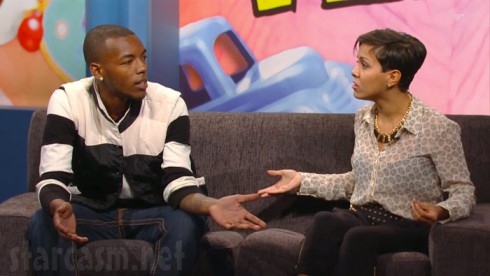 Monday night was the two-hour “Teen Mom 3 Finale Special: Check Up With Dr. Drew” and as you would expect, it was jam-packed with daddy and mama drama. Even taking into consideration the dramatic highlight reels from the first season, nothing could compare to the Jerry Springer-esque fireworks between Briana DeJesus and her daughter Nova’s father, Devoin Austin!

Actually, it would be more accurate to say that nothing could compare to the Jerry Springer-esque fireworks between the entire DeJesus family and Devoin because as you probably know, Briana and Devoin’s heated argument drew Briana’s sister Brittany and mom Roxanne from backstage. Brittany and Devoin had to be pulled apart by security and Roxanne even went as far as to remove her bright red high-heeled shoe in anticipation of having to use it as a weapon! (Cue: Sting singing “Rooooooxxxanne, you don’t have to take off the red shoe…”) 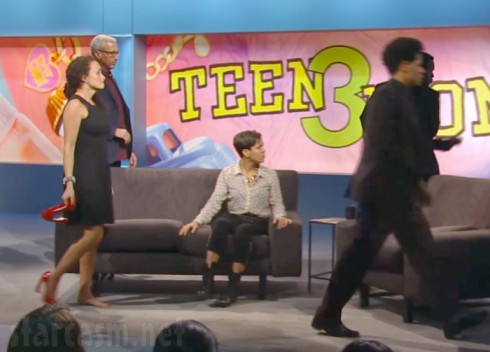 Dr. Drew seemed to defend Devoin by suggesting there was a kind of dance going on that wasn’t really allowing him the chance to participate in Nova’s life, but the DeJesus family insisted he had been given plenty of opportunities to step up and aside from some sporadic moments of gift giving and attending Nova’s birthday party, Devoin has dropped the ball.

After the finale special aired there seemed to be a bit of a debate about just how at fault Devoin was for his lack of a presence in his daughter’s life so Briana participated in a Q&A session with an admin from her official Facebook fan page to clear things up. Here’s the interview in its entirety followed by the full “Teen Mom 3 Finale Special: Check Up With Dr. Drew” episode: 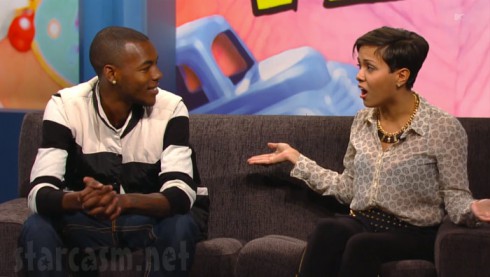 Why don’t you give Devoin a chance?

I have, plenty of times, but when it came to a point where he wasn’t putting Nova 1st 24/7…I had to cut the “half ass” job he was doing!

Devoin said on 16 and Pregnant that you didn’t kno what you were doing, that you learned and your mom helped you. All he wants is to learn and his mom would help him too!

If he didn’t stay away the first 3 months of her life, he would of learned with me. Nova is 2 years old now, she’s grown accustomed to certain things, and is on a schedule that fits her needs. Devoin’s mother isn’t going to teach Devoin how to raise my child! If he wants to learn how to be a parent he would sit, observe and take notes!

Why do you your mom and sister attack Devoin 24/7?

We don’t attack Devoin 24/7. When he would come to see Nova (once in a blue moon) he wasn’t bothered! But when he starts to forget why he’s in this position he’s in, we remind him!

He wasn’t there to sign the birth certificate! He left the hospital.

Why are you so harsh on Devoin?

I’m not harsh! I’m just protecting Nova! Nova needs consistency, responsible people in her life, and Devoin is none of the above. He’s in and out of jail! Nova doesn’t need to know what that is! 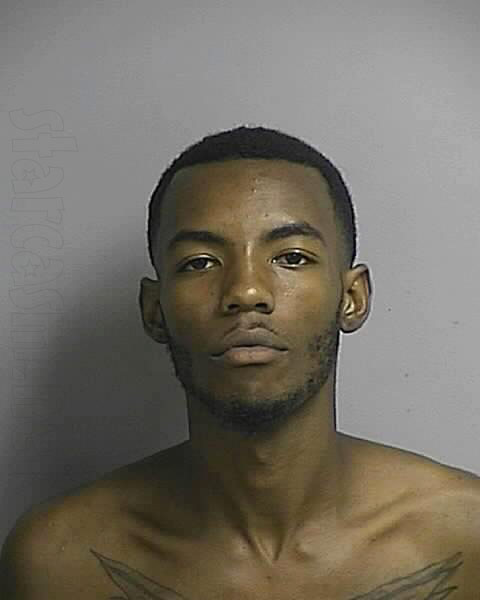 He bought Nova sneakers. Doesn’t that count for something?

Sure. Glad he thought about her, but buying sneakers 3 times the size that are over $100 just to show off to your home boys to let them know you “take care” of your child is disgusting to me! He’s more concerned about how his friends think about him than his own child. Nova doesn’t need Jordan’s, Nova needs love and affection! Devoin has been out of her life because he hasn’t tried hard enough to be there! Coming twice a month or once every 3 months is just confusing Nova! Devoin knows my mother’s work schedule! If he doesn’t want to be around my family when he sees Nova he can arrange something with me but he hasn’t! (I will no longer accommodate?) He only wants to be a father when he’s home bored with nothing to do! So me being a mom, I’m going to protect her from inconsistency! Devoin likes to come over, take pictures of Nova and post it online so his friends can see! … I will not allow him to use my daughter as a trophy!

Would you give Devoin a chance to be in Nova’s life?

Sure, when he grows up, shuts up and learns how to put Nova 1st.

Don’t bash me bc I “push” Devoin away — he pushed himself away and always forgets why we are so protective over Nova! He has nothing to offer her! No crib, no car seat, no clothes! He doesn’t know anything about her and he hasn’t tried getting to know her either! (Even before I told him to stay away.) He’s very lazy and wants it his way, but isn’t willing to work for it! I won’t put Nova in Devoin’s hands until he proves himself to her! “Well how can he prove himself to her when u keep him away.” I don’t keep him away, he tries half ass and always has a violin playing while he complains on how he’s the victim!

My job is to keep her safe and I will not have her in a house where they grow weed! Nova will not be around drugs or people who do drugs! And yes his whole family does drugs. 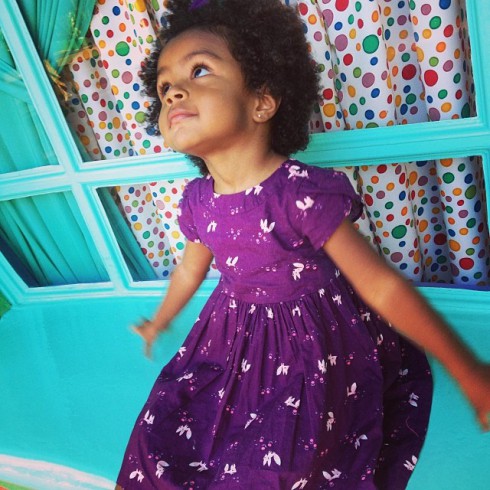 Did he put himself on child support?

He gets ganged up on, don’t you think?

Nova has three people who will protect her! Maybe if Devoin tried a little harder we wouldn’t criticize him! But Nova deserves the best and if he’s doing something half ass it will be addressed.

Devoin [is] lucky I’m a good mother! He should be grateful the Dejesus family takes such good care of her Instead of getting so jealous and insecure about how close we are, he should tag along and do the right thing for Nova’s sake!

I will keep protecting Nova from Devoin and his family til they step up.

Have you heard from his family?

They live 5 minutes away and don’t bother giving me a call to see how she’s doing. They all denied her!

Why did your mom take her shoe off?

She thought Devoin was going to hit Brittany and she wasn’t gonna let that happen. 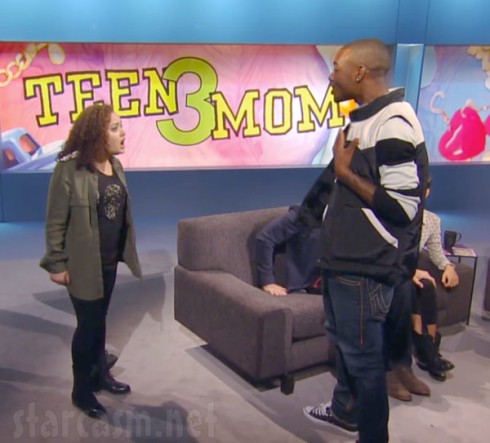 Why did Brittany go on stage?

That was the very first time Brittany has ever seen Devoin get disrespectful. She didn’t like it and just wanted to tell him she does more for Nova than he does!

You want to be a father but you can spend money on drugs, strippers, friends, and alcohol. But you only bought Nova Pampers less than 5 times?

How about when Nova was deathly sick and couldn’t eat solids for two weeks and was in and out of the hospital — where was Devoin? Oh yeah, at the club. So no, I don’t push Devoin away, he just doesn’t try as hard as he can. His priorities aren’t where they should be so therefore he doesn’t deserve my Nova Star! I will continue to raise Nova the way it should be!!!! Thanks for reading everyone!!! Any more questions let me know, I’ll try and answer most of them!

Vivid now has possession of Mackenzie McKee’s sex tape — will she release it?