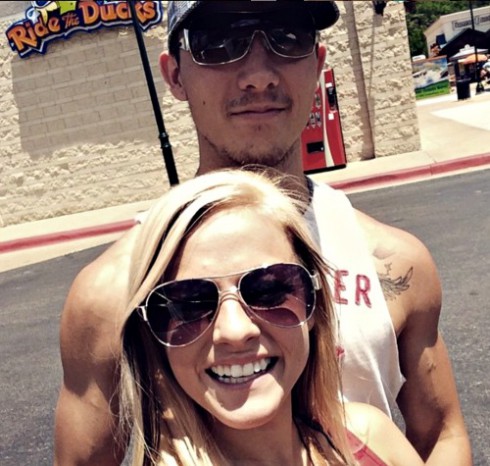 Teen Mom 3‘s Mackenzie McKee is already following in Farrah Abraham’s footsteps by working with Farrah’s former manager Gina Rodriguez, getting plastic surgery, and releasing a single. Is her next step releasing a sex tape?

The video is presumably with Mackenzie’s husband, Josh McKee. If they were the only two who had knowledge of the tape, it’s unclear how it got to Vivid–especially because Mackenzie and Josh seem to be on good terms right now: They celebrated their second wedding anniversary in Missouri last weekend and are now at church camp together.

That being said, this development was pretty predictable. As mentioned above, Mackenzie is now working with Gina Rodriguez, as is Josh. Gina’s other clients include Sydney Leathers, Myla Sinanaj and (previously) Farrah — who all either made or sold tapes to Vivid as Gina’s clients.

And, although the letter from Mackenzie’s lawyer makes it sound like she’s absolutely opposed to releasing the video, that’s also what we heard from Farrah and Courtney Stodden shortly before they “reluctantly” changed their minds. Just saying.