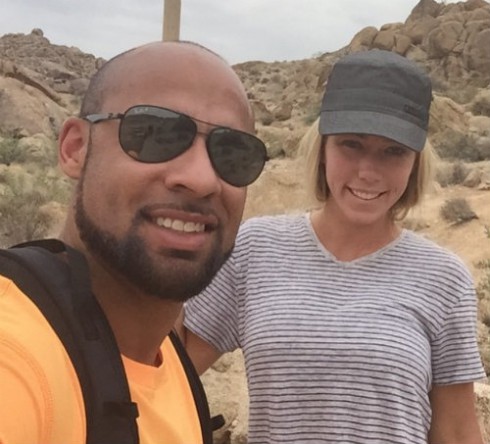 More than a year after the first reports that Hank Baskett had an affair with a transsexual model while wife Kendra Wilkinson was pregnant, he is coming clean about what happened.

“I messed up,” he told People this week. “I put myself in a bad situation. And everything through me brought pain upon this family.”

“He called her twice before they met in person,” an insider said, explaining Hank enjoyed Ava’s female and male parts during their April meeting. “He said he’d seen her YouTube videos online, and he couldn’t believe that her photos were real. Before leaving, he gave her almost $500 and told her he wanted to stay in touch.” 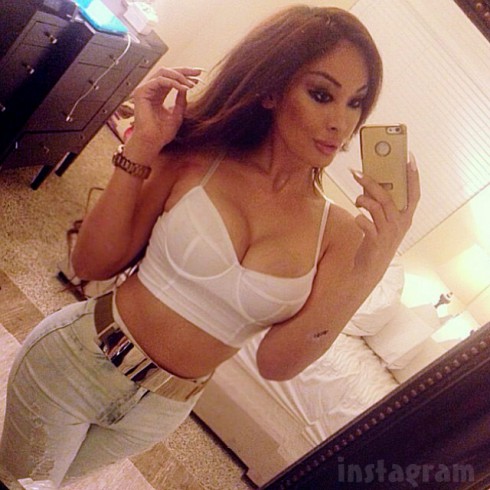 The version of events Hank told this week is significantly different. His story begins when he approached a couple smoking marijuana outside of a grocery store and asked if he could buy any. They gave him a phone number, which he called. He was instructed to go to an specific address. When there, Hank said he was shocked when a nude, transgender woman answered the door.

“I froze,” he said, explaining that the woman started to make out with another transgender woman who was there. He said she then fondled him through his shorts. “I didn’t engage in anything. It was like a bank robbery. You never know when you’ll freeze. I don’t know if it was a couple of seconds or 15 seconds, because all I was saying was get out, get out, get out.”

He said although that was the extent of it, he was too embarrassed to tell Kendra what happened — even after the reports came out two months later.

He said, “I was the alpha male. I could do anything to protect my family but I couldn’t protect myself.”

Upon reading the reports, Kendra admitted she “went ballistic” and threatened divorce. However, the couple managed to move forward when Hank finally opened up about what happened.

“Hank was very naïve and gullible,” she said. “He thinks everybody is his friend. That led him to the hell that we’ve lived.”

Even though Kendra said she doesn’t believe Hank cheated, he was disappointed that he wasn’t “loyal” to her.

“I don’t care about the act. I care about how he reacted to it and how I was told by the media what happened. That scarred me,” she said.

However, she defended Hank for offering Ava money to stay silent. “I wouldn’t have pissed off that predator either. I would have said, ‘I’ll give you the world, please don’t ruin my life.'”

The couple recently celebrated their sixth anniversary, and said they wanted to speak out now so they can move forward.

“I’m finding the trust again,” Kendra said. “And I’m actually very happy Hank went through this now because he’s able to teach his son and his daughter what it’s like to make a mistake and what you do after making a mistake.”

Hank added, “I have a huge weight lifted off my shoulders. I feel extremely free.”