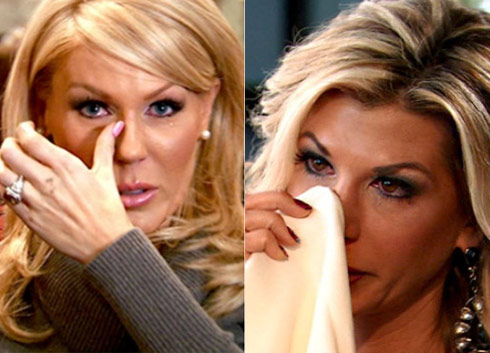 According to multiple sources, Gretchen Rossi and Alexis Bellino will not be returning to The Real Housewives of Orange County for Season 9.

Star was the first to report on it and we mentioned the speculation yesterday and now toofab is confirming the news. The latter’s sources said that the two cast members’ story lines had reached an end and that Bravo is looking to recast the show in hopes of keeping the original franchise fresh and exciting.

Bellino wasn’t too surprising according to reports, after she was brought back for the 8th Season after her replacement was said to have backed out at the last minute. Rossi has been a cast member since Season 4 and proposed to Slade Smiley in an over-the-top production featured last season. Some of her fellow cast members felt it was contrived by Gretchen to extend interest in her story line, an accusation that upset Rossi during the reunion special.

A quick check showed no tweets yet about the news from either Gretchen or Alexis.

Listen to Gretchen Rossi’s proposal song “The Time Is Now”