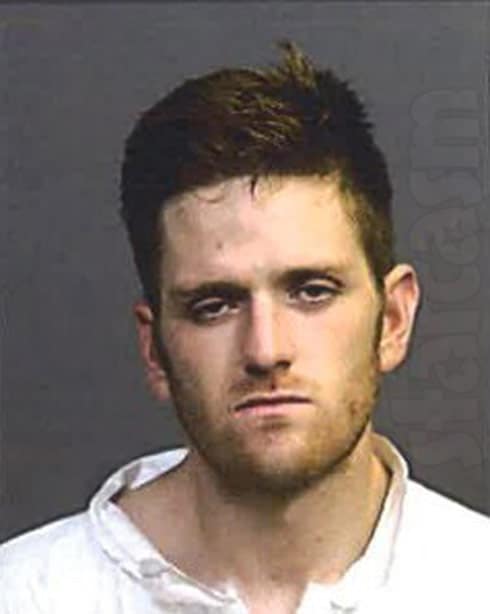 The Real Housewives of Orange County original cast member Lauri Peterson’s son Joshua Waring was arrested and faces charges of attempted murder after he reportedly shot a man then led police on a car chase in California Monday.

According to The Los Angeles Times, “police allege that Waring, 27, shot a 35-year-old man in the lower torso around 2:30 a.m. at the man’s home in the 2900 block of Babb Street.” Costa Mesa police Lt. Paul Beckman indicated that there may have been a history between Joshua and the man who was shot. “Apparently there had been a previous confrontation between [Waring] and the occupants of that residence earlier, and he had returned,” Beckman said.

After the shooting, Joshua made his situation even worse by stealing a vehicle and later trying to outrun authorities after being spotted by a police helicopter. From The Orange County Register:

Police said Waring fled the scene in a stolen 2011 BMW X3 SUV, which was spotted by an Orange County Sheriff’s Department helicopter at 10:30 a.m. near Standard and McFadden avenues in Santa Ana. As Santa Ana police officers tried to arrest Waring, he fled again in the BMW.

At one point during the pursuit, Waring was involved in a traffic accident, then took off on foot near 4th and Terminal streets, police said. Waring tried to hide from police in a business but surrendered after a brief standoff, authorities said.

The man who was shot was later taken to “Orange County Global Medical Center in Santa Ana for treatment of serious injuries, but he is expected to survive, according to the Costa Mesa fire department.” [SRC: LA Times]

In addition to being booked for suspicion of attempted murder, Joshua also faces charges of vehicle theft, felony evading police, hit-and-run and assault and battery. His bail was set at $1 million dollars and, according to online records, he is still in custody. 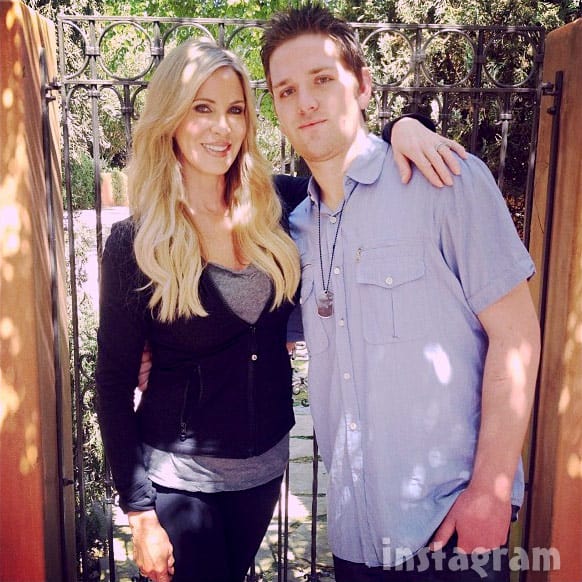 Joshua (seen with his mother Lauri Peterson in the photo above from 2013) has a troubled past with numerous prior arrests, and fans of The Real Housewives of Orange County may recall that his issues were the reason Lauri Peterson left the show after Season 4. Lauri would later return for several episodes during Season 8, and was recently photographed with the other OC ladies at the show’s 10-year anniversary party.

Josh’s arrest on Monday comes just three days after Lauri shared the sad news that her beloved stepfather had passed away after struggling with Alzheimer’s.

Wesley Snipes has been released from prison