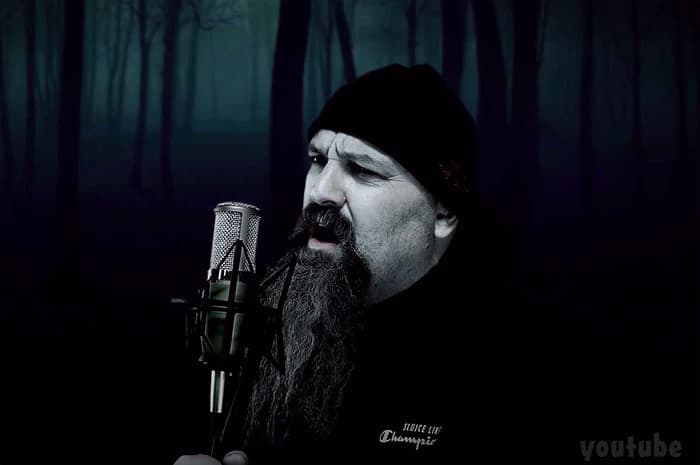 Gold Rush star Todd Hoffman is spending his time mining for a completely different kind of gold these days — a gold record! The bearded reality star has been laying down his vocals on covers of songs by the likes of Ozzy Osbourne, Staind and Collective Soul. And believe it or not, the response has been mostly positive.

Todd’s most recent recording even has a full-fledged music video! The song is a cover of the Ozzy Osbourne and Lita Ford song “Close My Eyes Forever” with When Vanity Kills lead singer Heidi Grisham singing the part of Lita to Todd’s Ozzy. Here’s Todd’s intro followed by the music video:

Here is a simple song and video we shot. I loved this song in the 80’s with Ozzy and Lita Ford. Its bit of a dark song but then again we have all had some dark times. Just wanted to try it. Heidi did a great job thanks for singing with me

The Youtube views (right around 135,000 at the time of this post) are a bit deceptive because Todd also shared the video on Facebook, where it is currently just under two million views! Two days after posting the clip, it was already at one million views and Todd took to Facebook to express his appreciation. Here are both of his posts from March 31 — the first of which was when the clip was right around 800,000 views, and the second is after it hit one million:

I never had a video go out to so many people. It’s approaching 800k views with post reach heading to 3 million.

I’m 46 years old and I look back and wonder where all the time went. I wonder if I’m raising my kids right. I worry about them.

God has given all of us gifts but you have to be able to have the courage to step out and put those gifts into action. What are Your gifts and how can you glorify God with them.

Remember that evolution is not true. You were created by God almighty. The intricate way your body works and functions did not just happen. There is a God and he loves you. You were made in His image and wants a relationship with you.

Now after I post this I will have a bunch of Godless people that post on here that I’m an idiot and that I can’t mine and to shut up. They will say gods a fairy tail and that Christians are stupid. They will call me fat and they will say I’m delusional.

Trust me when I say that we are in a spiritual war and the war is not against flesh and blood. Rise up brothers and sisters and be bold in your faith. We win in the end but it’s through the truth of the good news, take courage that the Loving God we serve has prepared a place for us where the streets have no name. 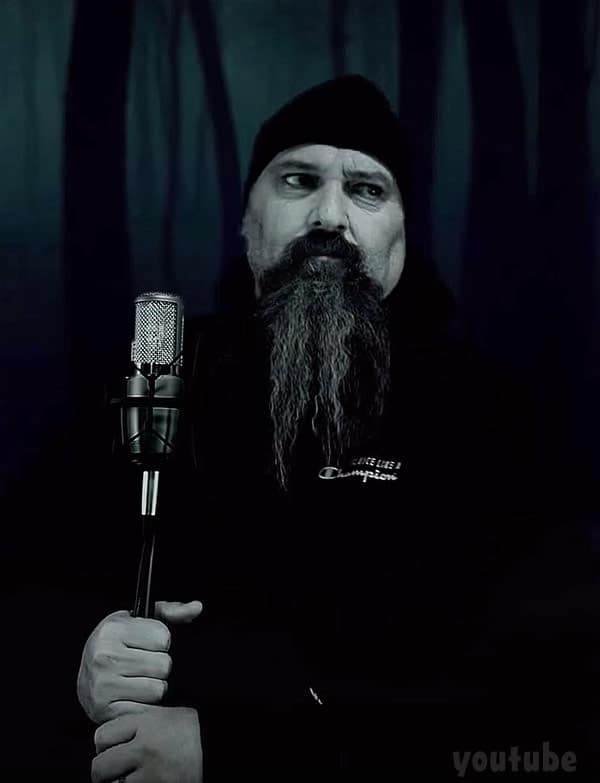 Thanks to you guys and for sharing we hit one million views. The post was seen by close to 4 million. Thanks for the support that floored me. I’m open to ideas moving forward in the singing. I’m heading out soon to mine and will be short on time but post some ideas for fun. What types of songs do you guys like?

Prior to the “Close Your Eyes Forever” duet, Todd posted two other videos singing songs by Staind and Collective Soul. These were just Todd in the studio without a full-blown “music video” per se:

“The World I Know” – Collective Soul

Earlier this month, Todd revealed that his next song is already in the works:

My new music is ready. Rocker Matt put the cover song together because it’s a cover of a cover of a cover! Now I just need to get a couple hours to go record it. It’s a heavy song and I’m it will be tough to sing it. I’m proud of my team this year. Some insane things have happened. Craziest Gold Rush ever.

Pray for our country and for a return to our roots. Pray that God will not take His hand from us if he hasn’t already.

Love your family today and don’t get wrapped up in just yourself. Love you guys.

In a comment posted a few days later, Todd shared a little more info. “I’m working on one from the past,” he said of the mystery song. “It was written I believe in 1968.”