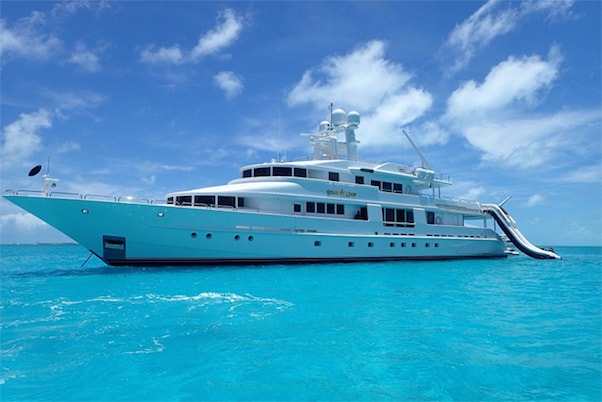 VH1’s Lil’ Kim-captained new show Girls Cruise looks to be the epitome of fun on the high seas. And there may be no bigger star in the entire cast than Star Ship, the Girls Cruise yacht itself. The pleasure boat has a luxurious history, and one that you can be a part of — for a hefty fee, of course.

First off, let’s dispel one popular misconception: The Girls Cruise yacht, called Star Ship and docked in Miami at the start of the series, is unrelated to the Tampa-based company Yacht Starship. The company comes up first in search results (for now), but doesn’t actually own or control Star Ship, the 143-foot yacht that appears on the VH1 series. (And in fairness to both parties, there have to be hundreds of other ships out there with the same name.)

Per Worldwideboat.com — which, by the way, is just a fantastic name for a website — the Star Ship was built and launched in 1988, and underwent serious retrofitting in 2004, 2015, and 2017. As you might expect for a ship of this size, and as we’re no doubt about to see when Girls Cruise launches, the latest version of the ship offers opulence a-plenty. From Worldwideboat’s description:

STARSHIP’s interior is very welcoming and comfortable yet exquisitely decorated, with a wide range of areas for socializing and relaxing. Her main salon is modern and warm. The lounge area has ample seating including a white sofa and chocolate brown armchairs around a large coffee table. The full bar is marble-topped with four upholstered stools. The salon dining area includes a round glass-topped table with seating for six guests. There is a formal dining area forward with a round dining table and comfortable seating for twelve. A skylounge offers another space for relaxing over cocktails and conversation, with an oversized sectional sofa and two leather armchairs around a coffee table.

Outdoors, STARSHIP features complete walk-around decks to access all of her exterior living spaces. The covered aft deck, with access to the salon, has a large table and chairs for al fresco meals. The flybridge also has a shaded al fresco dining option with large table and seating. Her sundeck features an eight-person Jacuzzi and sunpads.

Of course, the yacht also comes with plenty of water toys. Among those are a “38′ Intrepid with 3 x 350 Mercury Outboards – fully rigged for fishing, full cabin and SAT TV,” a “18′ Novurania with 115 hp Yamaha outboard,” five “Yamaha VX 110 deluxe Waverunners,” a couple of land scooters, a couple of water slides, and plenty of other, lesser-but-still-important stuff like gym equipment and towables. Oh — and a crew of nine to keep the whole thing running.

Now, for the unpleasant stuff: How much does the Girls Cruise yacht cost to rent? The fully-outfitted vessel will cost you a minimum of $125,000 per week during the off-season; during high season, that figure jumps to $135,000. On the plus side, Star Ship can sleep twelve passengers across five cabins — so if you and eleven friends can find just over $10,000 each, you’ve got yourself a ship!

Here’s the official video of Star Ship in action:

We’ll close with a brief photo gallery (you can see the full gallery here). First up are the sundeck and deck-level jacuzzi just opposite: 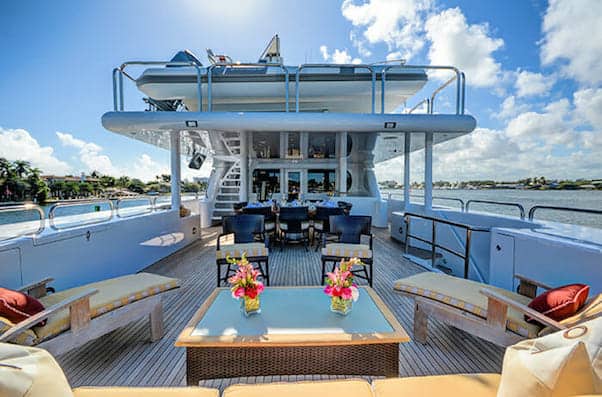 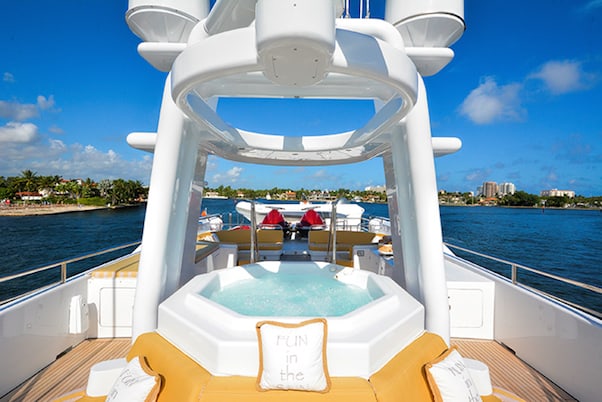 Next up is the salon, which we’ll no doubt see plenty of during Girls Cruise‘s debut season: 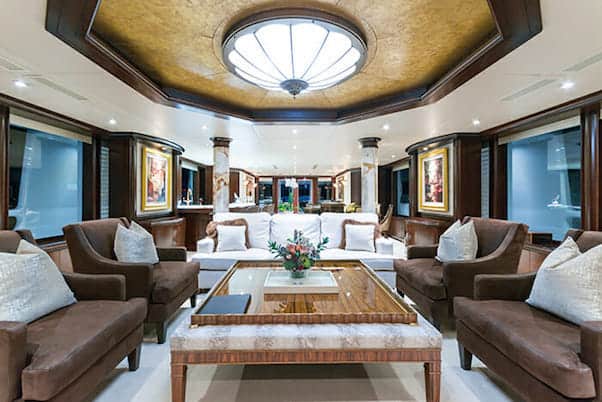 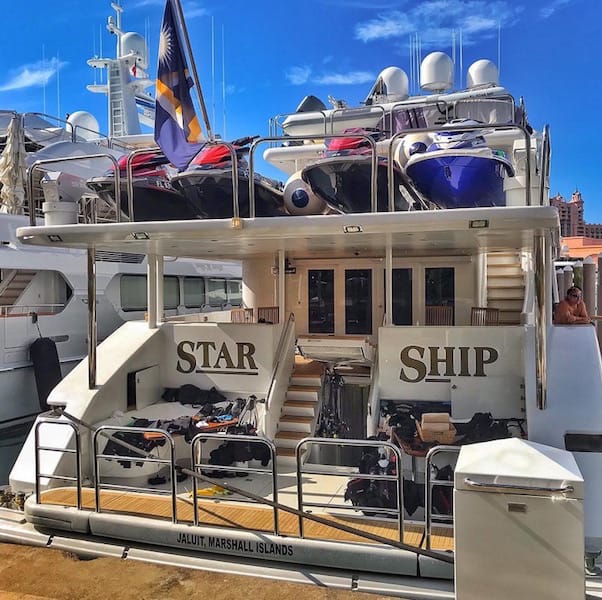 And here she is cruising the coast in a serene evening shot: 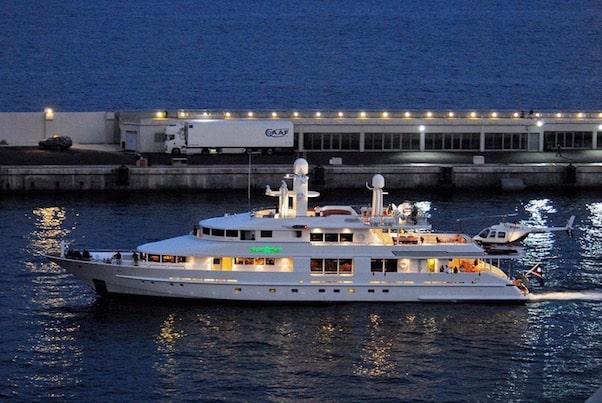 How much money does Donald Trump have?