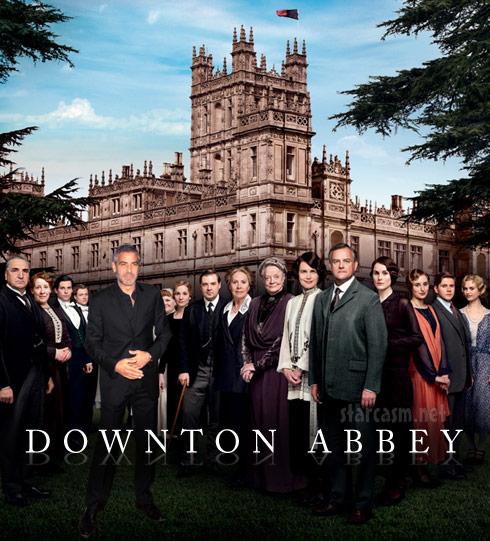 The roguish actor, who’s set to be married this weekend, met Downton’s Hugh Bonneville when they worked on the film The Monuments Men together.

Clooney and Bonneville struck up a friendship, and one of the benefits of that is we all get to see Clooney do something full of dash and charm in British period style.

According to reps for ITV, which airs Downton Abbey in the UK, Clooney will appear in “a short charity sketch set in the Downton world,” and that the sketch will air “around Christmas time.”

The charity in question is called Text Santa, and is part of a fundraiser for underprivileged children. Clooney will portray a wedding guest–one who may or may not have a mysterious secret.

The fifth season of Downton Abbey premieres in the UK on September 21st. US viewers will have to wait until January 4th to get their (legal) fix.

The Clooney sketch, say ITV reps, will not air in America. But it’ll doubtless be on YouTube within minutes of its debut.

VIDEO The women of Downton Abbey play Cards Against Humanity, with delightful results

VIDEO Celebs read mean tweets about themselves, plus replies from the haters!

VIDEO The first teaser for A Very Murray Christmas is here