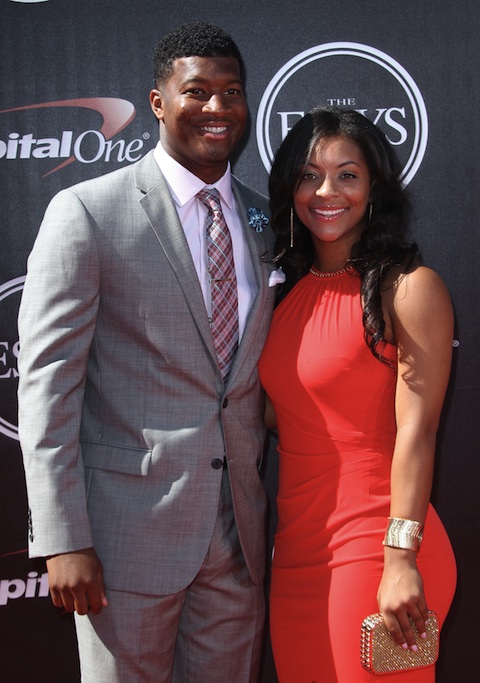 Earlier this week, Florida State University quarterback Jameis Winston was caught saying some rather inappropriate things. By “inappropriate things,” we mean “the strange internet meme ‘f*** her right in the p****.'” And by “caught,” we mean “He jumped onto a desk and shouted it at a crowd, many members of which then sent out Tweets describing what they saw.”

Winston was suspended for the first half of tonight’s big game, against Clemson University in Tallahassee. Florida State is the #1 team in the country; Clemson is #22; it was supposed to be a real battle–especially with Winston sitting out the first half.

But, in the wake of widespread criticism of that slap on the wrist, Florida State has gone a step farther and suspended Winston for the entire game. The announcement came late Friday night, and caught many by surprise.

Based upon the results of our continuing investigation of Tuesday’s incident involving Jameis Winston, we have decided to not play him for the entire game against Clemson on Saturday night.

Winston apologized, more or less, in a Wednesday statement that read:

This is the third time Winston has selflessly grabbed headlines all by himself. A few months ago, he was reprimanded by Tallahassee police (but not disciplined) when he was caught stealing crab legs from a local grocery store.

And, some months before that, he was accused of rape. Those charges were dismissed due to lack of evidence, though an investigation into the conduct of the TPD is ongoing.

Did FSU get this one right? Is a one-game suspension not enough? Too much? What do you, the viewers at home, think?