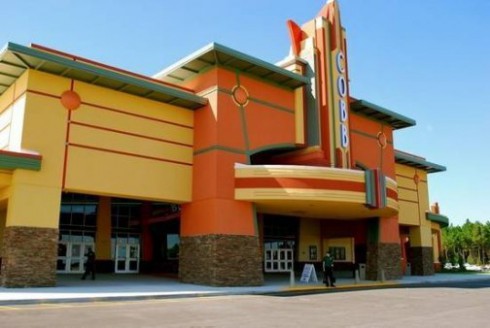 This afternoon at a movie theater in Wesley Chapel, Florida a man was shot dead after two couples got into an argument over noisy texting, according to police.

The unnamed victim and a woman were sitting in a row in front of the armed moviegoer as previews played before a viewing of the new film Lone Survivor. The suspect pulled out a handgun, shooting both the man and the woman. Both shooting victims were taken to an area hospital. The man died while the woman is receiving medical attention and is said to have non-life threatening injuries.

Witness Charles Cummings, who identified himself as an ex-Marine, told FOX13 that he heard the victim inform the shooter that he was texting his 3-year-old daughter. “Their voices start going up, there seems to be a confrontation, somebody throws popcorn, then bang, he was shot. He staggered two seats over, fell on my son and I.”

A bystander managed to grab the gun and subdue the shooter until authorities arrived at the Cobb CineBistro at Grove 16 complex.  “It’s absolutely crazy it would rise to this level over somebody just texting in a movie theater,” Sheriff Nocco added.

Cummings, who served in Vietnam, backed the Sheriff’s disbelief, “”I can’t believe people would bring a gun to a movie. I can’t believe they would argue and fight and shoot one another over popcorn or even a cell phone.”

Camper sleepwalks off 60-foot cliff and…