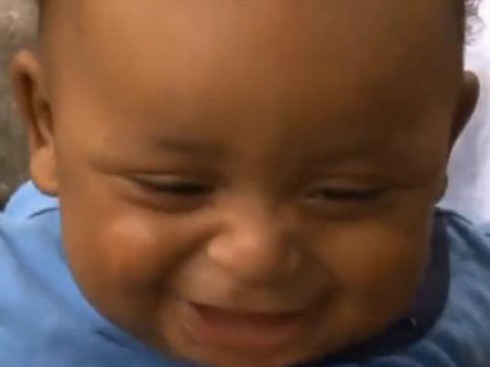 When Tennessee parents Jaleesa Martin and her former partner went before a child support magistrate to settle a disagreement about their 7-month-old son’s last name, they weren’t expecting the judge would order a change to the child’s first name. However, Judge Lu Ann Ballew decided she was acting in the child’s best interest by changing his name, Messiah, to something less controversial.

“The word Messiah is a title and it’s a title that has only been earned by one person and that one person is Jesus Christ,” Judge Ballew told WBIR-TV.

Although Judge Ballew said changing Messiah’s name to “Martin DeShawn McCullough” would save him embarrassment down the road, Jaleesa disagreed — and now argues the judge shouldn’t impose her own beliefs.

“Everybody believes what they want so I think I should be able to name my child what I want to name him, not someone else,” Jaleesa said.

Jaleesa has two older sons named Micah and Mason. She said she thought “Messiah” sounded good with those.

According to the Merriam-Webster Dictionary, “Messiah” means the expected king and deliver of Jews. However, it could also mean a professed or accepted leader of some hope or cause. Merriam-Webster offers the contextual example “They thought the new principal was the messiah the school had been hoping for.”

Even though “Messiah” is a rare baby name, there are plenty of parents who opt for something unique. According to Baby Center, at least two newborns in 2012 were named Alpha, Burger, Drifter, Exodus, Goodluck, Google, Haven’T, Hippo, J’Adore, Oasis, Sesame, Shoog, Starlit and Yoga.

In a Kindergarten class with all those students, poor little Martin will feel like the outsider!