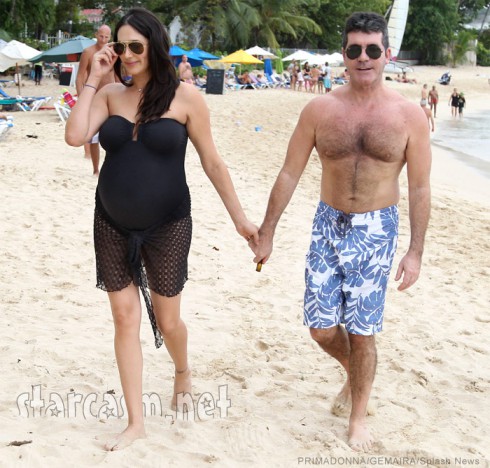 The X Factor judge Simon Cowell and his pregnant girlfriend Lauren Silverman put the “tide” in Yuletide by jetting off to Barbados for the Christmas holiday. The happy couple was photographed strolling the beach holding hands — Simon, 54, showing off his infamous furry chest and Lauren, 36, putting her growing baby bump on display in a black one-piece swimsuit with a mesh skirt.

Simon and Lauren’s baby is due February 28 and they have reportedly already reserved a spot at one of Manhattan’s best hospitals for that day.

It has also been revealed that they will be having a boy and Simon has publicly said that he likes the name Simon with his second choice being Eric, after his father. “His birthday is going to be very close to my dad’s birthday,” Simon told Extra host Terri Seymour, before adding that his father would be proud and amazed if he were here. 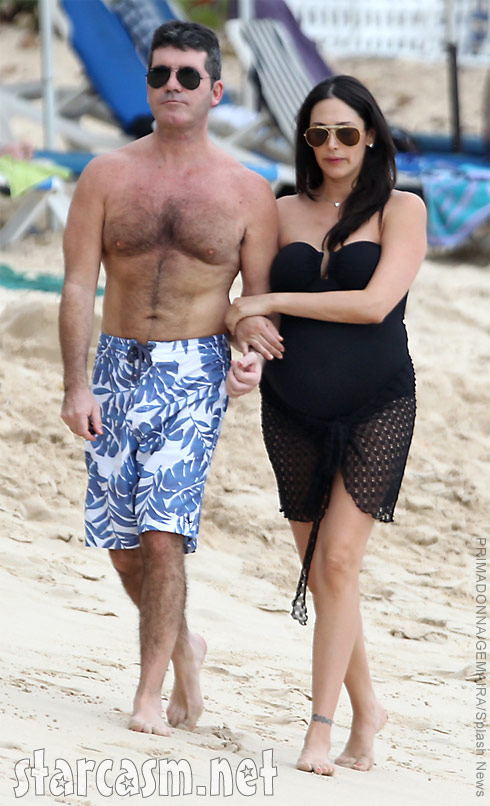 So I guess the official countdown for Simon Jr.’s boyband debut is at approximately 13 years! 😉 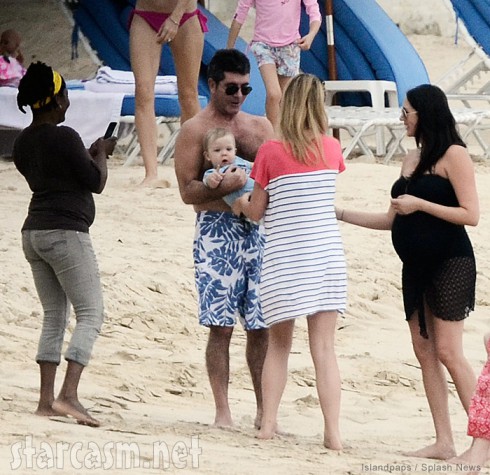