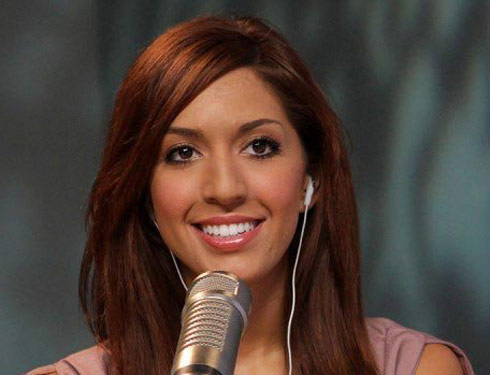 Farrah Abraham is continuing her cross-country promotional tour following the release of her p0rnographic film. She chatted up The 411 Lounge with Levar Evans yesterday and served up some tasty quotes as we’ve come to expect from the Teen Mom vet.

This radio interview is a warm up for the highly anticipated showdown with Howard Stern set for Wednesday. I remember wondering how intense it was gonna be when it was announced she was going to be on Dr. Phil — but Stern!?! That has the potential to be one of the most fascinating interviews in the storied “king of all media’s” career.

Here’s the audio “411” followed by some of the highlights from the interview:

411: What kind of feedback have you been getting from folks out there when you hit up these events?

Farrah: It’s been very positive. On all my tours I’ve been on I’ve never had anything negative occur.

411: Is there anything that you feel you need to clear the air on (in regards to Farrah Superstar: Backdoor Teen Mom)?

Farrah: And I think some people who are like, ‘Oh, she’s going to clubs and doing appearances,’ like thinking I would be topless or dancing or something of that nature. No, I definitely wear full clothing. I just hope those haters catch on and really get the gist of that’s the past.

411: Is there anything that you would say to him (film costar James Deen) if you had a chance to talk to him?

Farrah: I hope he’s doing good because I am. I don’t waste any time on things that don’t matter.

411: Do you think that your involvement on that show (16 & Pregnant and Teen Mom) has opened teenage girls to teenage pregnancy?

Farrah: I think I did a very good job of showing what is real… I think that nobody from watching us should ever show that getting pregnant is the right thing to do. I think if that’s the case then they have other issues before they were even watching our show. 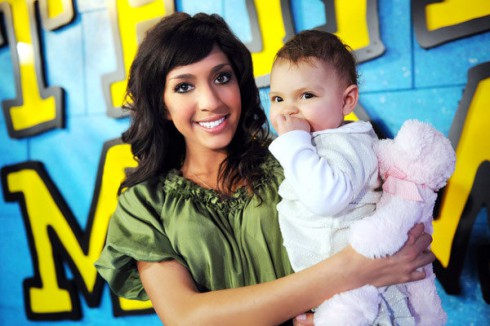 Farrah: I think there are two big things that are really important for my personal self of keeping things and that is staying very close to my faith and counseling here and there when I need it.

411: Are there any goals that you’d like to have accomplished by the time that 23 rolls around?

Farrah: For one, my restaurant. I don’t know if I should talk about the other things, maybe another book and other show and getting a house.

411: You’ve got an awesome physique, how do you manage to stay in such great shape?

Farrah: It’s hard. I definitely choose to eat very healthy because I don’t get in as much exercise as I’d like to.

411: I’m sure that you get a lot of dating offers from guys out there. Are you involved, are you looking?

Farrah: I really don’t know if dating is even the right thing for me to be doing right now. Due to some of the lack of respect from the other guys I’ve dated in the past just wanting to even talk to me for a little bit so that they can get their 15 minutes of fame or some mention or something. I just don’t need anymore of that stuff. I’m very flattered and very thankful that I get tons of dating offers every day as well as like roses or champagne or just gifts and presents all the time. I wish I could find that perfect person but it’s been a little bit difficult.

Farrah: I would do possibly, maybe a dating show. I don’t think it would be Bachelorette because I need something more serious than that.