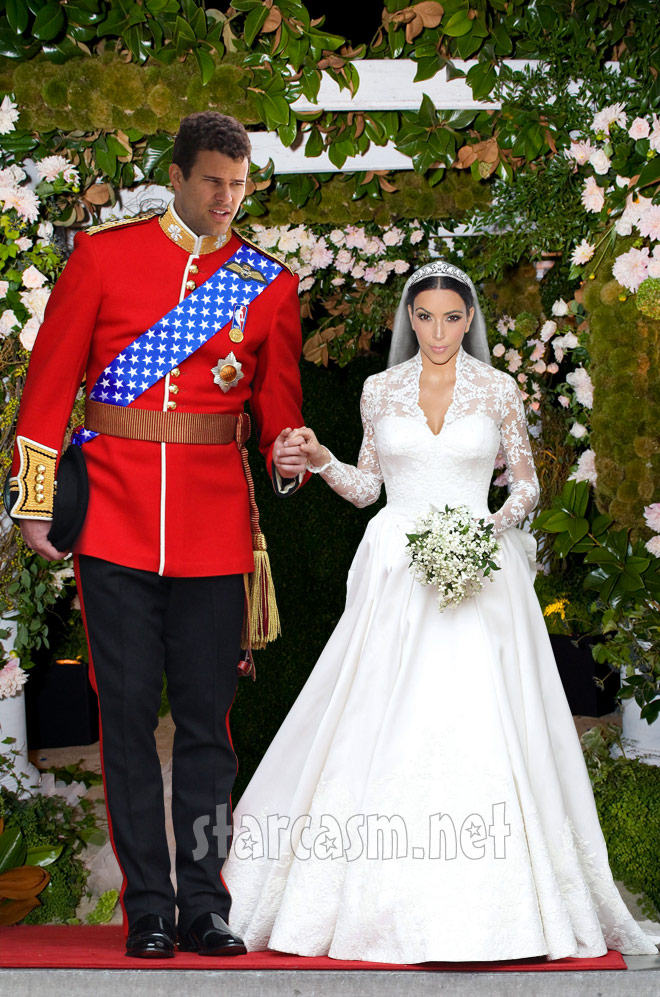 Later today the royal couple of American celebridom become one as reality star and fashion icon Kim Kardashian weds NBA player Kris Humphries at a $29 million estate in Montecito, California. In honor of the 10-million-dollar wedding extravaganza of the year I thought I might put together a tribute to Kim and the other royal wedding from 2011.

The result is the above image which features Kim Kardashian in Kate Middleton’s famous Alexander McQueen wedding gown, altered to fit Kim’s slightly more curvaceous frame of course. Along with Kim I spruced up Kris Humphries in an Americanized version of Prince William’s Irish Guards uniform. (And by “spruced up” I mean I made him as tall as a spruce.) See if you can spot the roundball!

Congratulations to Kris and Kim on their big day!