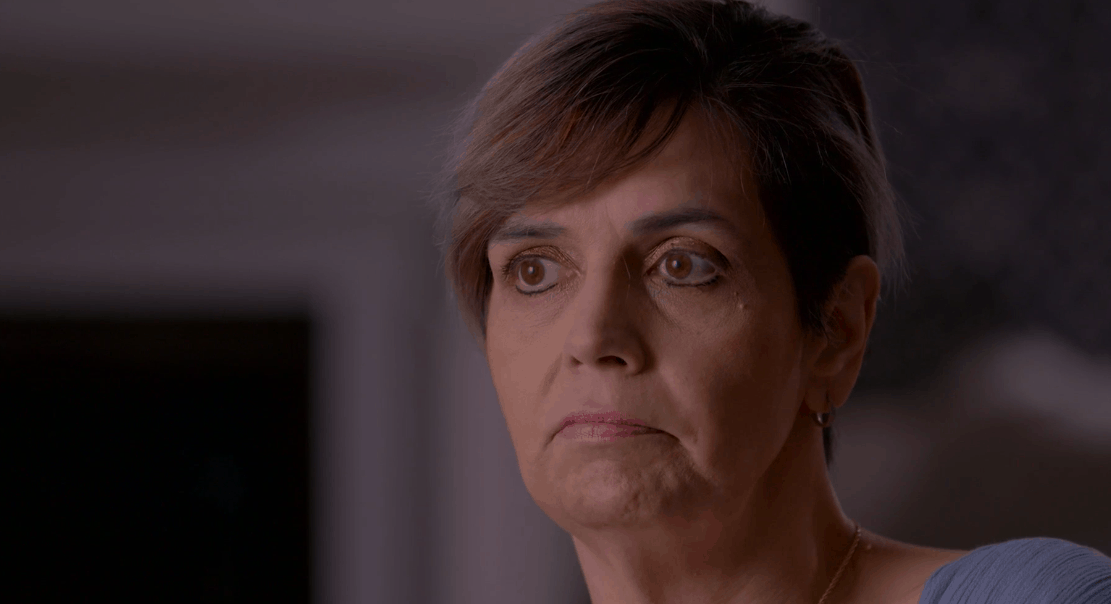 “He was a monster, and monsters are great at pretending to be something they aren’t,” Jennifer Winter says at the start of Episode 9 of Season 10 of Evil Lives Here. “Look at Ted Bundy: charismatic, good-looking, charming, and he was a monster. Well, I was married to a monster, too.”

In October, 2008 Jennifer’s ex-husband Cristobal Palacio murdered her husband Paul Winter in front of their twin children in Miami, Florida.

Jennifer is filled with an “absolute hatred” for Palacio, to the point where she feels like she can’t
adequately express how much she hates him. She also refuses to say his first name. “He doesn’t deserve to be acknowledged,” she says. 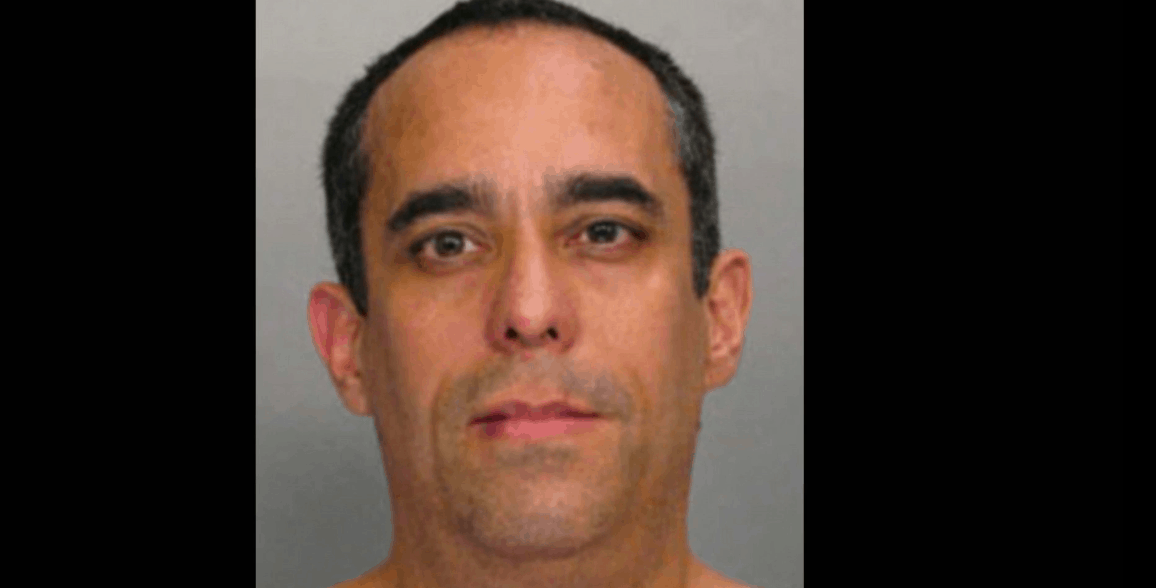 Jennifer first met him when she was 15, and he was 21 or 22. She met him at a bar, and he told her that he used to be a cop, but was now doing corporate security for Citibank and flashed his gun at her. At the time, the young girl felt safe by the fact that he showed her the gun. Later, she realized that there were red flags all along.

Jennifer was only a minor when she began a friendship with Palacio, who was already in his twenties. He would take her to work in the morning, and they would go out sometimes, but she made it clear that she only wanted friendship from their relationship. Of course, the older man wanted more from Jennifer.

Palacio showed his dark side for the first time to Jennifer on her 18th birthday. Her friend Carl had come by to wish her “Happy Birthday,” but Palacio was watching the interaction from the road. Jennifer looked over and saw his face red with rage and his fists clenched. He called her a “w****” and left.

Her friend Carl warned her to not be around Palacio because he wasn’t the guy she thought he was. Jennifer thought she knew Palacio. Carl told her to “remember that he warned” her.

Later, Jennifer found out that Palacio had intended to ask her to marry him when he showed up. She didn’t understand why he wanted to make such a permanent step because she told him multiple times that she didn’t want that kind of relationship with him.

Now, she had listened to the warnings friends like Carl gave her.

Suddenly, Jennifer fell ill with headaches and lesions. She thought she was going to die, and doctors couldn’t figure out what was wrong. Palacio was there for her during this time. She opened up to him about how the doctors had not figured out what was going on with her health. He told her he would “take care of her,” by marrying her so he could put her on his insurance so she could continue to address her health problems.

Jennifer didn’t want to marry someone for health insurance, but she thought she was dying, so the offer seemed enticing. She had also grown up in a violent and abusive household, so Palacio’s concern for her health made her feel cared for.

Still, so only wanted to get married to him “just as friends.” Jennifer says Palacio agreed with these terms, so they got married.

She was extremely grateful that someone wanted to help her so much, but she now sees Palacio’s offer as a manipulation.

Jennifer was imprisoned after marriage

Soon after they got married, Jennifer started to see Palacio as a “monster.” Over night, she became a prisoner in her own home. He immediately put deadbolts on the doors that couldn’t be opened from the inside without a key. Only he had access to the keys.

When Jennifer questioned this, he threw up her up against the wall and told her to learn to live by the rules and to never question him again.

He unhooked the phone so she couldn’t call for help, and went to work. Jennifer immediately remembered about how she was warned about him on her birthday.

He also r**ped Jennifer the first night in the apartment. They had not agreed that sex was part of their arrangement, but that didn’t matter to him.

He then established Jennifer’s role for him: she was to cook, clean, and have sex with him whenever he wanted. She realized she was now considered his possession. She stopped fighting, and did whatever he wanted her to do.

She felt trapped because she was still very sick and had no other options in life. He ended up not helping Jennifer receive the medical help she desperately needed.

When she asked for medical help, he slapped her and told her she would go to the doctor when he decided. He waited until she was “basically blind” to get her help, because he was afraid she couldn’t keep the house clean and do chores if she was blind. He threatened to kill Jennifer’s cat if she told the doctor anything about the abuse she was enduring at home.

She ended up getting diagnosed with systemic lupus and fibromyalgia, and “many other issues.” The doctor asked if she had any stress, but she didn’t open up to him because she was afraid of losing her insurance. She felt like she was trapped by her own brain because it told her she was not able to survive without him.

Palacio would also passive-aggressively clean his gun whenever he was mad at Jennifer to remind her of the danger he posed to her. One time he r****d her with the handle of a knife and told her it would be the sharp end next time.

These threats made Jennifer afraid to even go to police with her concerns. “You don’t leave someone like that,” she says. “That’s psychopath, and I was in his grips . . . You can’t leave someone that crazy, cause they’ll find you.”

Something worth fighting for

Feeling better made her start to want to fight for her life. But right when she was ready to leave, she found out she was pregnant with her twins Emily and Ryan.

Her children also made Jennifer want to fight for bother herself, and her children. 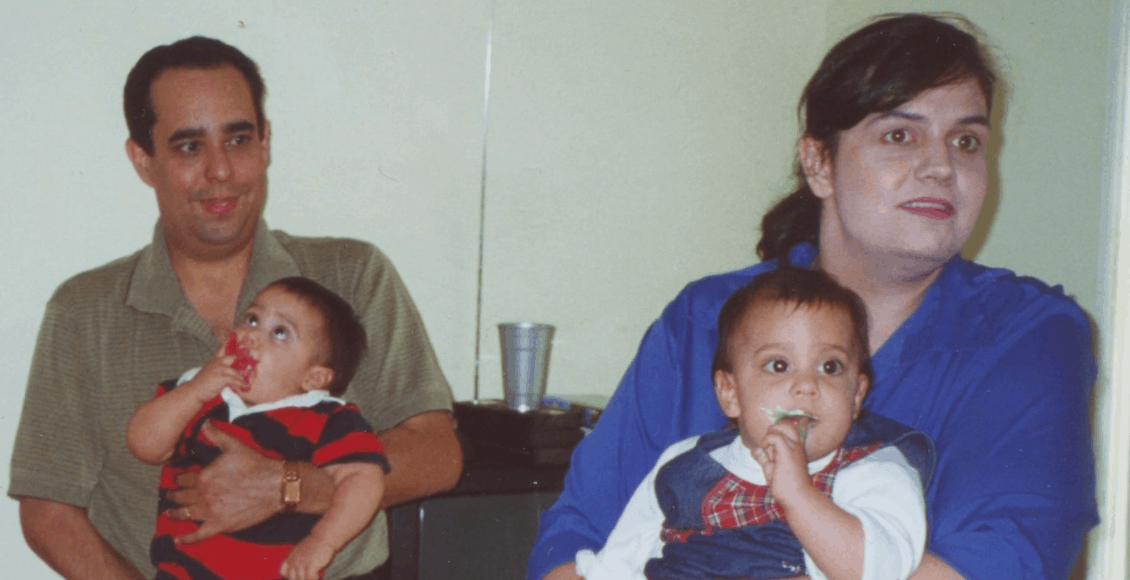 Cristobal Palacio, Jennifer, and their twins.

Palacio got upset that Jennifer wanted to treat their son’s eyes the way the doctors told her too. Palacio was so furious at her that he knocked her out with a hole-puncher.

After that incident, Jennifer realized that Palacio was never going to change. She also came to understand that her kids were also in danger. At one point she watched Palacio not go to save their toddler daughter when she fell into a hot-tub. Jennifer saved the young girl, but realized that he had had no intention to save their daughter. He beat Jennifer that night, but she knew standing up to him was worth it. She also realized that she and the kids needed to leave immediately for their own safety.

Palacio found out Jennifer was thinking of leaving

Jennifer started contacting lawyers. She also started sleeping in the children’s room with the dresser pushed against the door. One day, she forgot to use that safety measurea nd she work up to find that her daughter Emma was gone.

Jennifer found Emma on Palacio’s lap with a gun to her head. He told her that he knew she’d been contacting a lawyer, and that he would kill their kids before that happened. He threw their daughter across the room, and then kicked Jennifer in the stomach. He smiled maniacally and told her she wasn’t going anywhere.

The house had been bugged

Jennifer suspected that Palacio was recording her in the house. She searched the entire house and found a listening device in an electrical outlet. Palacio had been listening when she called a lawyer. She found four more wires and some small cameras in the light fixtures. She had been listened to and watched at all times.

She now knew she couldn’t trust anything she did in the house.

An outlet for her was making friends with other parents on one of her kids’ computer games. One of those friends was Paul Winter, who lived in Kent, England. Jennifer told him about her life, and he encouraged her to leave.

One day she decided to do just that. She signed a lease on furnished apartment after she dropped the kids off. She also signed divorce papers that day. She got panic buttons for the kids, and for every room in the house. She knew Palacio would find her within 24 hours, but she hoped that they could call police at any moment.

She couldn’t sleep that night. Instead, she waited for Palacio to find them, but he never came.

Paul Winter offered to come down. He knew the danger Jennifer and her kids were under, and Paul said he wanted to “protect her.”

The day Jennifer and Paul went to get a copy of her divorce papers, Palacio appeared directly behind them in line. They tried to evade Palacio, and went immediately to a different courthouse to get their marriage license. They picked out rings and made plans to get married three days later. Jennifer said that she told Paul to go back to England, but he insisted on staying with her, despite the danger.

She also had to bring her kids to Palacio’s house often because he was award 50% custody. One day, on her birthday, Palacio didn’t answer the door to take the kids. They were about to leave when he came out in a rage that Paul was there.

Palacio reached to grab his gun from its holster, and immediately fired at Paul. The shot went straight to the heart. After Paul fell dead, Palacio started grinning and walked up to Paul to continue shooting him in the back.

Jennifer was screaming and neighbors were coming out of their houses and calling the police. Palacio went back in the house to reload, but by the time he came back the police had arrived. He told the police “look what that b!tch made me do!”

Later, Palacio tried to claim self-defense. Jennifer Winter testified against him in court. Her lawyers told her to leave Miami immediately after her testimony in case they found him “not guilty.” 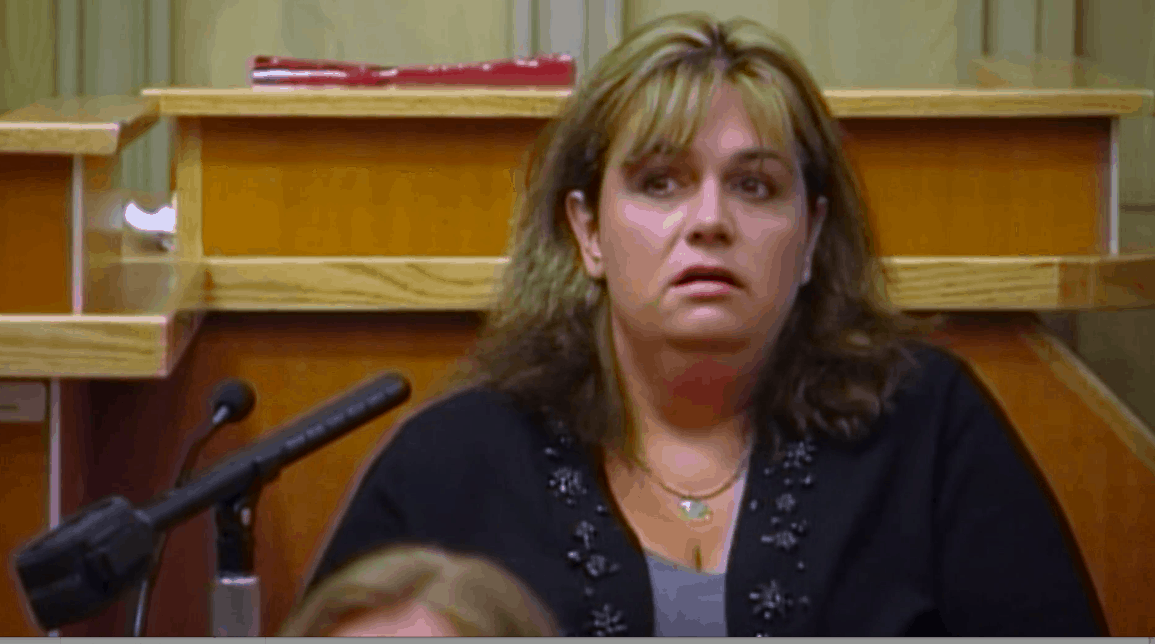 Cristobal Palacio was found guilty of murder and child abuse, because he murdered Paul in front of his own children. He was sentence to 45 years for the murder, and 10 for the child abuse.

Jennifer feels like having her children make all of this pain and horror worth it to her.

She lives with “tremendous guilt” over Paul’s death. “Paul was an innocent man,” she says. “He loved me. That’s all there is, he loved me.” For a while Jennifer was angry at Paul because she told him to leave. She feels like she is the one who should have died because she married “that monster.”