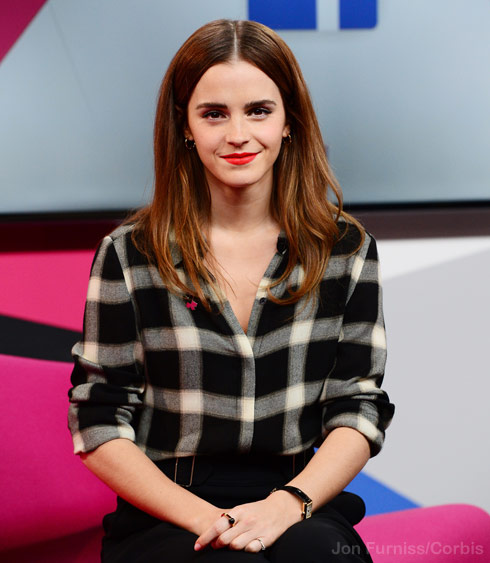 UN Goodwill Ambassador Emma Watson participated in a Facebook Q&A on gender inequality as part of the HeForShe cause in celebration of International Women’s Day.

During the lengthy sit down, Watson was posed an interesting question about the “dichotomy between chivalry and sexism.” The interviewer asked if Emma would be offended if a man opened the door for her. This seems like a simple enough query but it’s one that touches on the complexities of traditional dating mores and gender roles in 2015.

Here’s Watson’s thoughtful answer in which she explains the concept of consensual chivalry:

“I love having the door open for me. I love being taken to dinner…but I think the key is would you mind if I open the door for you? I’m polite and you’re polite and we’re making the world a better place with this small kind polite gesture… I actually took a man out for dinner. And I chose the restaurant and I offered to pay and it was really awkward and uncomfortable. . . But the cool thing about it was we were both willing to have the conversation about why it was awkward or why it was uncomfortable. We were able to have this dialogue.”

“I think the key is that chivalry should be consensual. Both parties should be feeling good about that. I think it’s a problem when people expect things to be a certain way to follow a certain status quo and it’s awkward and it’s messy and we’re in transition right now. And everyone doesn’t really feel like they know what to do—but it’s OK. Just be willing to have that awkward conversation. It does come out OK in the end.”

Interesting stuff. Do you think that the traditions of a man opening doors and paying for dinner and such on a date is becoming, well, outdated?

Here’s the video (you need to be logged into Facebook for it to show). The part discussed starts at the 5 minute mark: