Drew Carey showed up at the 2010 CBS, The CW, Showtime Summer Press Tour Party last night 80 lbs. lighter than he was in January this year. That’s an average steady loss of more than 10 lbs. a month!

After years of embodying the schlubby, overweight everyman on his successful sitcom The Drew Carey Show, the 52-year-old Price is Right host decided to finally shed some weight becasue he “just got sick of being fat.” He also wants to be able to be healthy and be around to watch his girlfriend’s 5-year-old son grow up.

The progress he’s made will certainly help ensure that he lives a long and healthy life: because he lost all that extra weight he no longer suffers from diabetes!

So how did he shed the fat? Drew says he’s just been doing a lot of cardio and seeks advice from a workout buddy, and has been avoiding doughnuts. 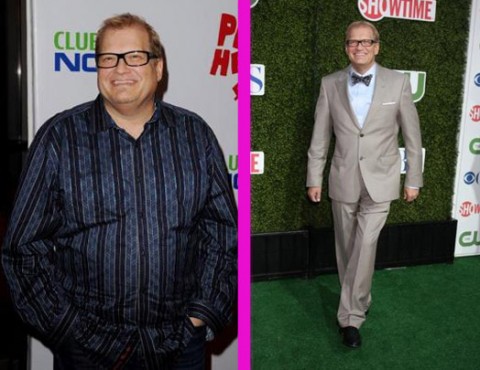