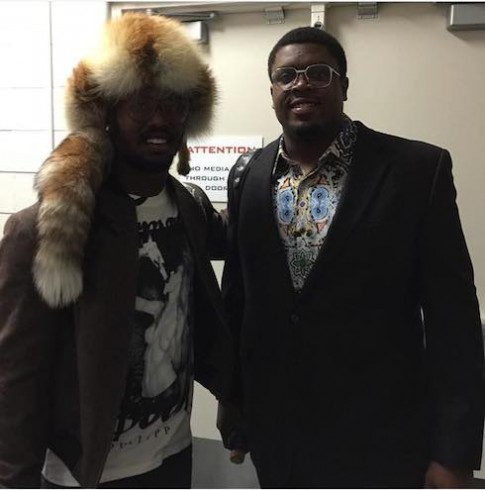 The Denver Broncos’ Von Miller–pictured above, in a hat–is a large and imposing man. He’s an All-Pro linebacker and one of the most dominant defensive players in the league, and that means he needs to eat a lot to keep his motor running.

Which, as it turns out, also means that Von Miller generates a lot of exhaust. Because Miller has been ponying up a great deal of money when hit with what the Broncos call their “flatulence tax,” levied whenever a player is…let’s say too “prominent” in a team meeting or other enclosed group activity.

Von Miller said the Broncos have a fine system for, um, flatulence in meetings. Said he thinks he’s been fined the most.

As Yahoo Sports explains, the tax applies to every member of the team–it’s just that Miller is the one most often cited for…”reckless endangerment” sounds like a fun euphemism, so let’s go with that one.

The most important questions, though, remain unanswered: How much is the minimum amount of a fine? How small is the minimum offense? In the event that an offender can’t be identified, does the “Whoever smelt it dealt it” rule apply? And where does the money go? To a charity? Or toward a team dinner?