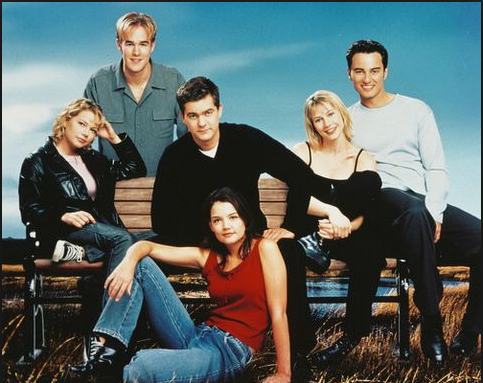 If you don’t want to wait for your life to be over and you want to know right now – what the cast of Dawson’s Creek is up to now – well, you’re in luck! Since leaving Capeside, the actors who played Dawson Leery, Joey Potter, Pacey Witter, Jen Lindley, Jack McPhee, and Andie McPhee have been busy with both their acting careers and personal lives. Find out what what the cast has been up to since the show ended in 2003: 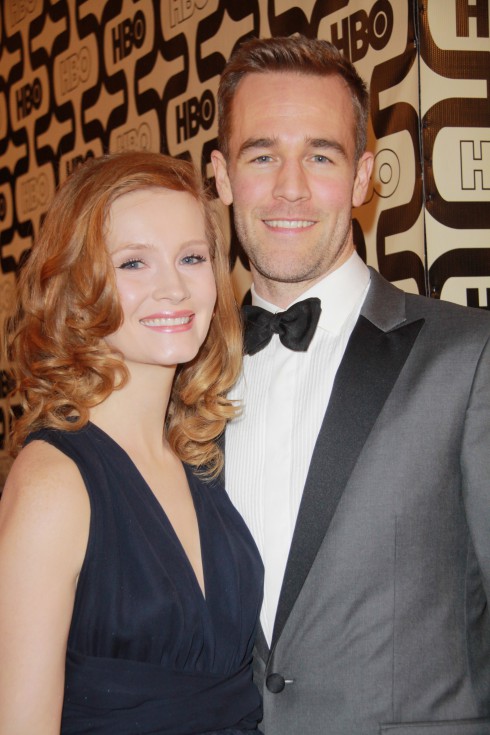 Dawson Leery – aka James Van Der Beek – is now 36 years old, and a married father of two. James married business consultant Kimberly Brook in August 2010 in a small ceremony at the Kabbalah Center in Tel Aviv, Israel. The couple has two children: Olivia, born in September 2010, and Joshua, born in March 2012. Previously, James was married to actress Heather McComb; they were married in July 2003, months after the Dawson’s Creek series finale, and divorced in March 2010.

James is still in the acting game. Most recently, he played a fictionalized version of himself in an ABC sitcom, Don’t Trust the B—- in Apartment 23, which was recently canceled. Now, James is set to star in a new CBS sitcom, Friends With Better Lives. According to The Hollywood Reporter, James will portray Will Stokes, who is described as “partner in the gynecology practice at the center of the potential series. He’s a smart, sarcastic and cynical guy who learns his wife cheated on him with his therapist who believes nice guys finish last. The gloomy pessimist is a creature of habit who expects the worst from everyone and everything.” 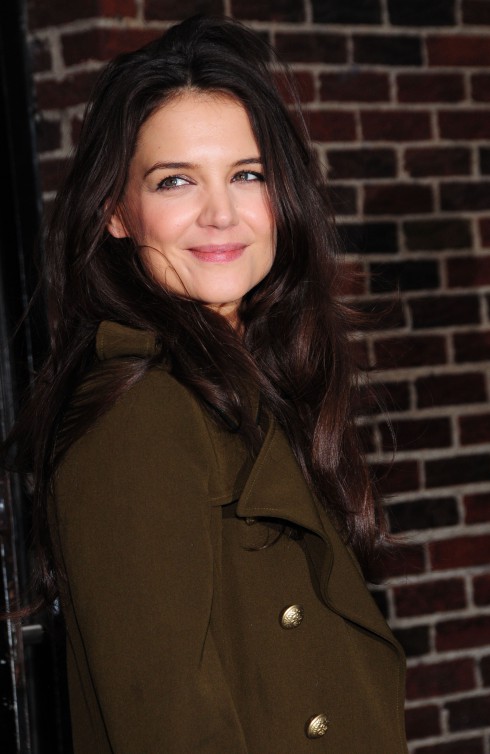 Joey Potter. Of all the former cast members on Dawson’s Creek, Katie Holmes’ name has been in the press the most by far. Since Dawson’s Creek ended, Katie shocked just about everybody by marrying actor Tom Cruise in 2006. After dating him for a few months, Katie, who was raised Catholic, began studying the Church of Scientology, and married Tom in a Scientology ceremony. In April 2006, months before their November wedding, Katie and Tom had a daughter, whom they named Suri. Katie filed for divorce from Tom Cruise in June 2012 and moved with her daughter Suri to New York City.

Katie’s acting life has not been reported on nearly as much as her personal life. Katie, now 34 years old, has acted in a variety of movies with moderate success; her most successful film to date was 2005’s Batman Begins, in which she portrayed Rachel Dawes, an attorney in the Gotham City’s distract attorney’s office. For this role, she was nominated for a Saturn Award for Best Supporting Actress. Recently, Katie Holmes appeared on Broadway in Dead Accounts, a Theresa Rebeck play; the play closed in January 2013, reportedly because of low ticket sales. This upcoming spring, Katie will be the face of Bobbi Brown cosmetics. 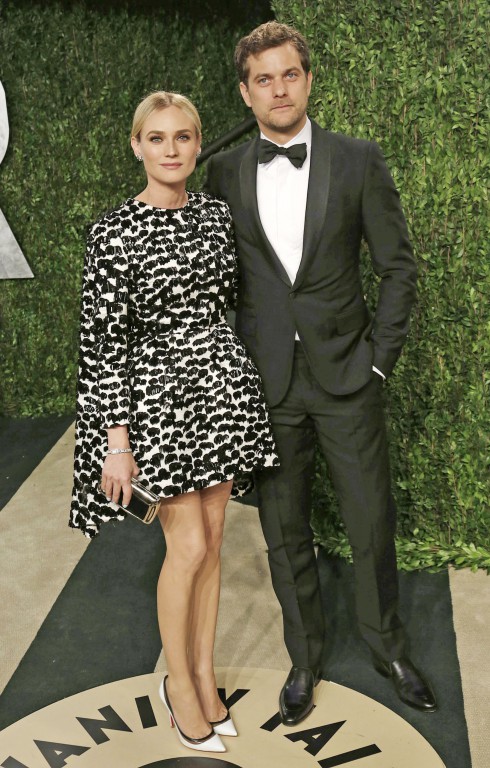 Pacey Witter: Joshua Jackson (34,) has been dating German actress Diane Kruger since 2006, and the couple lives together in Paris and Vancouver (the latter is the city in which he was born). It was recently reported that Joshua “banned” girlfriend Diane Kruger from watching him on old episodes of Dawson’s Creek. Since Dawson’s Creek ended Joshua acted in a number of films and made his stage debut in London in a David Mamet two-man play, A Life in the Theatre. Joshua played Peter Bishop in the science-fiction television show Fringe, which ran for five seasons from September 2008 to January 2013. He won the Genie Award for Best Performance by an actor in a leading role for his work in the 2008 film, One Week. He also appeared in the 2013 IFC movie, Inescapable.

Joshua poked fun at his former Dawson’s Creek persona by hosting “Pacey-Con” in 2010, which was held across the street from San Diego Comic-Con, and was featured in a Will Ferrell Funny or Die skit: 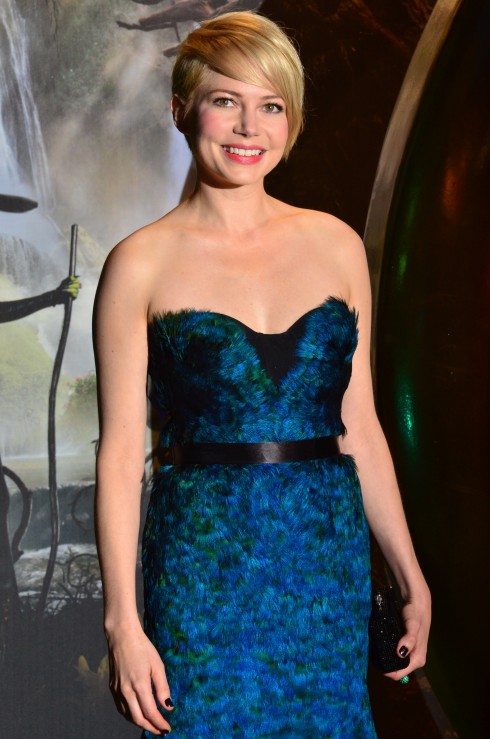 Jen Lindely. meeting on-set, Michelle Williams began dating her Brokeback Mountain co-star, Heath Ledger, in 2004. In 2005, Michelle and Heath announced they were expecting a child and Michelle gave birth to daughter Matilda Rose Ledger in October 2005. Michelle and Heath amicably broke up in 2007, and Heath died of an accidental prescription drug overdose in January 2008, at age 28. In Michelle’s first public statement about Heath after his death, she said his spirit lives on in their daughter, who looks like him. Most recently, the now-32-year-old Michelle dated actor Jason Segel, but the pair ended their relationship in February 2013.

After Dawson’s Creek ended, Michelle acted in the aforementioned 2005 film Brokeback Mountain and earned a nomination for Best Supporting Actress from the Academy Awards. She was again nominated for an Academy Award for Best Actress for her work in 2011’s Blue Valentine, alongside Ryan Gosling. Michelle then won a Golden Globe Award for Best Actress in a Motion Picture Musical or Comedy for her portrayal of Marilyn Monroe in 2011’s My Week with Marilyn. This year, she appeared as Glinda in Oz the Great and Powerful. 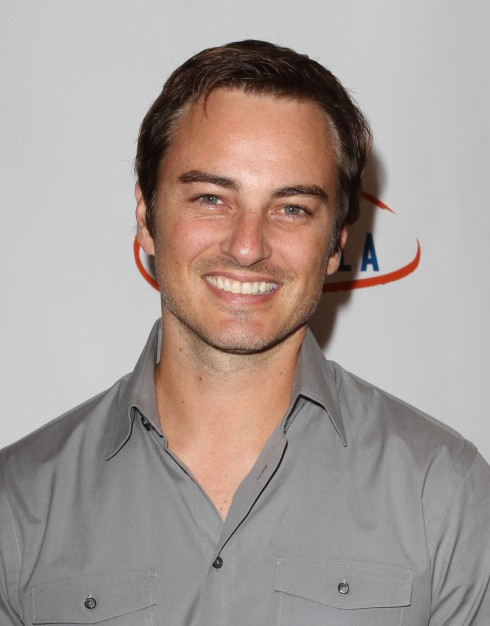 Jack McPhee. Kerr Smith (40) married actress Harmoni Everett in June 2003, months after Dawson’s Creek ended, and filed for divorce in 2009, citing irreconcilable differences. Since Dawson’s Creek, Kerr had a recurring role on CSI: NY, as Andrew “Drew” Bedford, in 2007. He played radio host Ryan Thomas on the CW’s Life Unexpected and guest starred on NCIS. He was also the last person to ever be pranked on MTV’s Punk’d. Most recently, he played Axel Palmer in My Bloody Valentine 3D. 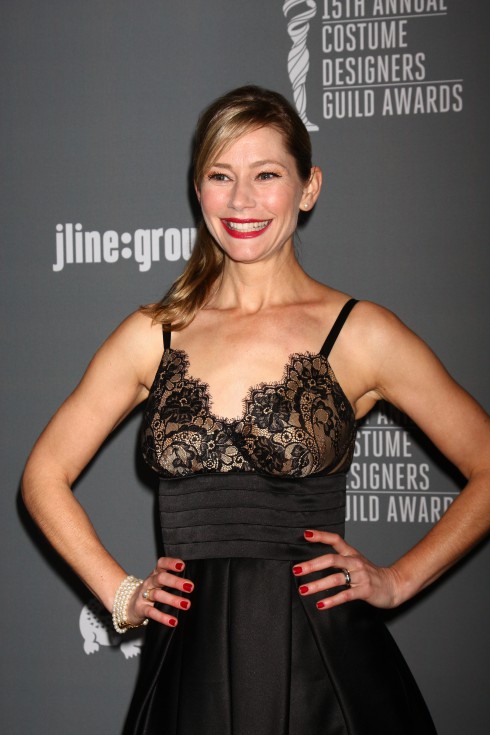 Andie McPhee. After leaving Dawson’s Creek in 2000, Meredith (45) acted in the film, The One, and in the ABC TV series, Back to Kansas. From 2005-2009, she acted in Criminal Minds as Haley Hotchner, Aaron Hotchner’s wife, but she left the series after her character was murdered. In 2011, she guest starred in Hart of Dixie, and CSI: NY in 2012.