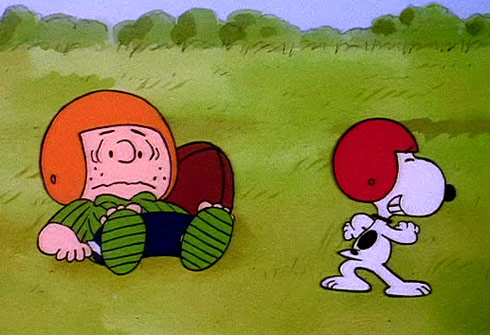 It’s a small (and sometimes violent) world after all…

A Seattle youth football coach was beaten unconscious after the father of a kid on an opposing team recognized said coach as the guy who shot him 4 years prior.

According to a police report obtained by KOMO, the violent scene unfolded when the dad yelled at the coach, “You’re the dude that shot me!” The coach replied, “Yeah, I shot you.”

After getting verification that this guy was indeed the dude that had shot him back in the day, the dad laid into the coach with a number of punches – eventually rendering his old school shooter unconscious.

The coach/dad shooter didn’t stay knocked out long as both men reportedly fled the scene before police arrived. Another man who was on hand signing his son up for the league (something he’s hopefully reconsidering at this point) identified both parties involved.

The dad eventually relented after parents pleaded with him to stop beating the coach. Before fleeing in his car, the dad told the parents that he was coming back to “shoot the whole place up.”

When police followed up they discovered that the dad was a victim in a 2010 shooting in which the shooter was never identified.

VIDEO: Background on the viral photo of man teaching his girlfriend to read again