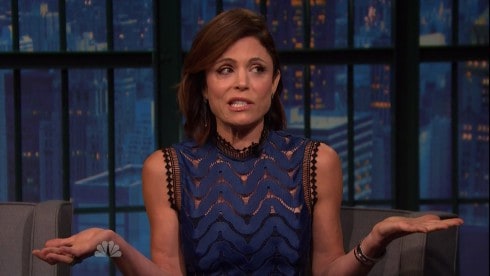 As the 8th season of The Real Housewives of New York City is getting underway, we’re beginning to see the Housewives doing interviews and promoting the show. It’s not uncommon for a couple of the NYC ladies to pair up while doing press, unless you’re Bethenny Frankel of course.

“Bethenny appears solo because she has a hugely successful Skinnygirl brand, a TV production company, a compelling personality and is immensely quotable,” a rep for Bethenny says.

This has led some of the ladies to feel alienated from Bethenny.

“[Other cast members] feel that although they may be a ‘dysfunctional family,’ they are a family. It’s an ensemble cast,” an insider told Page Six.

I have a feeling Bethenny doesn’t care. Her rep claims that she’s “the perfect guest” for interviews and has far more to offer than the other women on the cast.

Do you agree that Bethenny is such a big star that she shouldn’t have to do press with the other Housewives?

Don’t forget to catch new episodes of The Real Housewives of New York City when it airs on Wednesdays at 9/8c on Bravo.