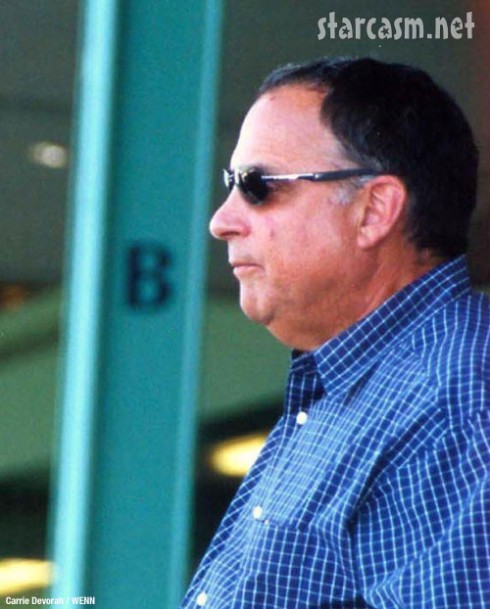 During the third season of the BRAVO docudrama, Bethenny travels to L.A to see her father, who’s health is declining severely from a bout with leukemia. He was diagnoses with leukemia 10 years before, but went into remission. She returns home a few days later for a scheduled confrontation with Jill Zarin, having not seen her ailing father. He had refused to see her, but does eventually agree to see her right before his death. Robert passed away November 16, 2009.

Bethenny told Harper’s Bazaar Robert was out of her life by the time she was four. The future natural foods chef and reality branding maven was still ended up spending a great deal of time at the horse track because her stepfather John Parisella was also a horse trainer. Her life without her father wasn’t exactly a lollipops and roses either. She explained to Harper’s:

“I grew up in a very toxic home. You know, I grew up with alcoholism and bulimia, cigarettes, and I think Freud would say that’s why I was drawn to health.”

Frankel had a long-standing friendship which turned into a bitter rivalry with Bethenny’s stepfather John Parisella after he married Bethenny’s mother Bonnie.

Bobby, a Brooklyn boy, got into race horse training in the 1960s assisting Buddy Jacobson. He got his first winner in 1966, and through 1968-71 he made quite a name for himself in New York. Bethenny was born during this period (November 4, 1970). By 1972 Robert had moved to California where he set records at Hollywood Park.

The horse trainer followed the techniques of Charlie Whittingham, and continued to rack up cash and accolades throughout his career. He was U.S. Champion Trainer based on earnings in 2002 and 2003 and ESPN has called him “one of the most successful and respected trainers in the history of thoroughbred racing.”

His horses won every major race in North America except for the Kentucky Derby, pulling in over $200,000 million of prize money.

Bethenny is still estranged from her mother Bernadette (Bonnie) Frankel.