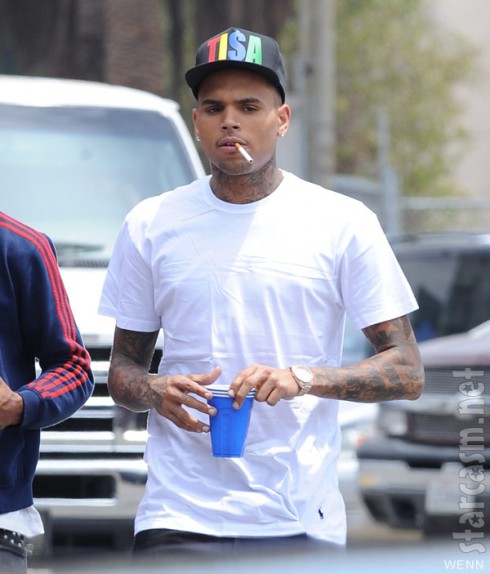 Chris Brown pulled the swaparazzi on Monday by turning himself in to police one day earlier than expected for his hit-and-run case, thus avoiding photographers upon his arrival. (The picture of Chris above was taken on the set of his new music video shoot last week.) The 24-year-old singer reportedly showed up at the Van Nuys, California jail at around 2PM Pacific time, just a few hours after rapper 50 Cent made an appearance in the courthouse adjacent to the jail.

But Chris Brown fans need not worry about making any “Free CB” signs because his incarceration lasted less time than his most recent album — approximately 45 minutes according to TMZ. The site says “Brown was booked and released on his own recognizance — no bail.”

The deft maneuver was the publicity equivalent to one of Chris Brown’s much-touted dance moves and was reportedly orchestrated by his attorney, Mark Geragos. 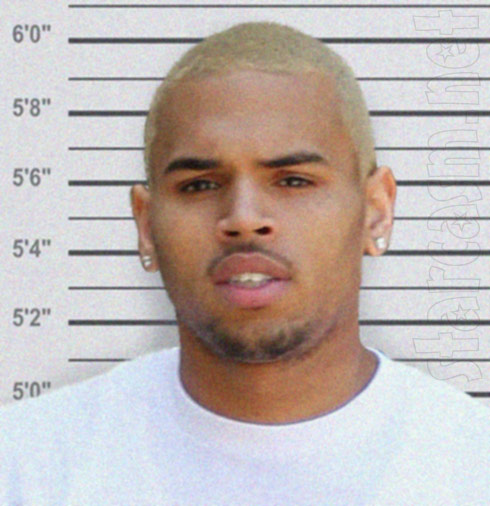 So far no official Chris Brown mug shot photo has been made public — the one above is merely a product of Photoshop. (Can you wear jewelry in mug shot photos? I didn’t think so, but decided to let Chris keep his ear bling any way.)

Chris Brown’s rep issues statement explaining cause of his seizure