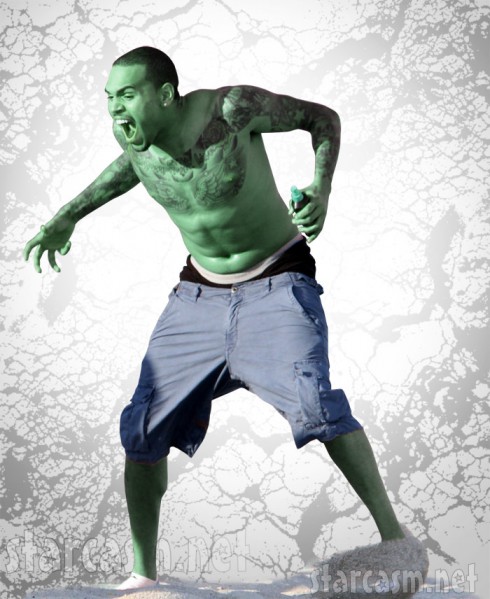 When Chris Brown checked out of an inpatient anger management rehabilitation facility last week we asked our readers how long they thought it would be before he got into hot water again. Sadly, no one guessed correctly because it turned out to be a trick question with the answer being a negative number.

TMZ is reporting that not-so-easy Breezy went ballistic while in anger management therapy in a furious meltdown that included objects being thrown and broken. It was reportedly this incident that led to Brown being booted from the facility, which is contrary to the story put out by Brown that he left early to fulfill his community service obligations.

According to the site, the L.A. County Probation Department will be asking for another inpatient anger management stint for Brown, but the District Attorney is reportedly wanting to come down a little harder “and will ask the judge during today’s progress hearing in the Rihanna beating case to revoke his probation and send him to jail — as early as today.”

Chris Brown’s hearing is set for 5PM EST (2PM Pacific) so we should no more soon.

UPDATE – Chris Brown has been ordered to enter an inpatient anger management treatment facility for 90 days. He will be allowed to leave to address his ongoing legal issues from the recent assault charge in Washington, D.C. and he will be asked to take drug tests.

During the hearing it was revealed that the violent outburst described above came during a visitation from Chris Brown’s mother! From TMZ:

According to the report, Chris’ mom showed up for a family session and was urging her son to stay in the facility for extended treatment. Apparently, Chris violently disagreed with her and in a fit of anger threw a rock through her car window, shattering it.

Of course Chris Brown couldn’t be reached for comment. But if her were, we’d guess his response would be something like…

“They were making me angry. And you wouldn’t like me when I’m angry.”

TODAY VIDEO Chris Brown on Rihanna assault, what he’s learned from the ordeal