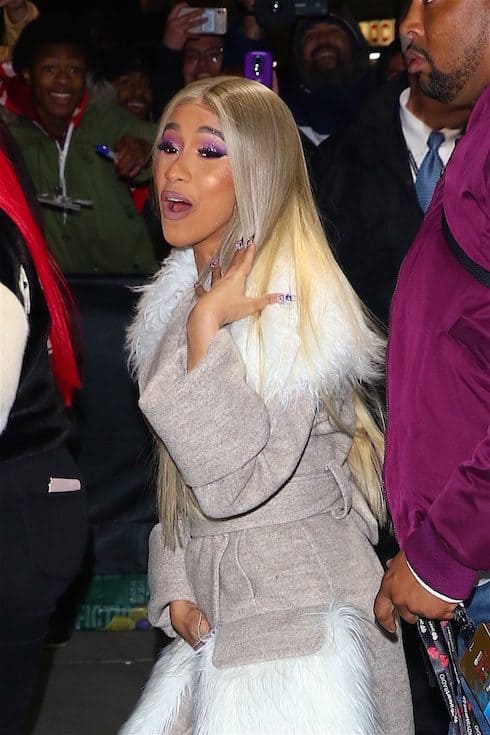 JEZEBEL – Do not look at these official, Madame Tussaud-approved wax figures of Prince Harry and Meghan Markle unless you want to have Christmas nightmares well into 2019. If that’s your jam, though, then by all means feast your eyes

VOX – During an Oval Office meeting in front of plenty of TV cameras, Donald Trump tried to strong-arm Nancy Pelosi and Chuck Schumer and instead wound up reassuring them that he’ll gladly take all the political fallout when he shuts the government over border wall funding. Sports metaphors aren’t the most apt when it comes to Trump, but has a goalie ever scored an own-goal before?

CELEBITCHY – In other Trump news, it’s possible he was distracted during the meeting because he’s apparently “concern[ed] that he could be impeached when Democrats take over the House” next month

DLISTED – Nicki Minaj didn’t meet her BF Kenneth Petty while the two of them were giving away turkeys on Thanksgiving. No, it seems they first hooked up 20 years ago, when she was a 16-year-old and he had coincidentally just done four years in prison “for pulling a knife on a 16-year-old girl and trying to rape her”

LAINEY GOSSIP – There is a new Godzilla movie coming out soon, but, unlike the 1998 semi-disaster, this one features Godzilla going on a rampage in snow instead of rain. It also stars Millie Bobby Brown from Stranger Things, who is apparently going to be friends with Godzilla somehow? Did Hollywood make a whole movie based on the scene in Jurassic Park where Lex pets the brontosaurus?

(Photo credits: Cardi B and Offset news via SplashNews.com)