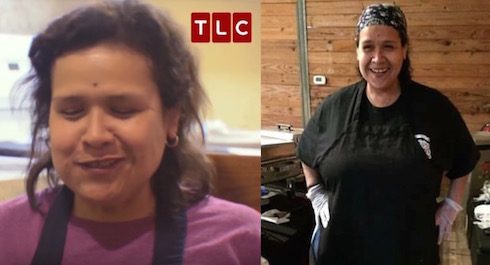 It’s been over two years since we last got an official update — so how is My 600 Lb Life Olivia now? The Season 2 cast member is looking fantastic and smiling in every pic, and continues to chase her culinary dreams! Read on for the latest!

When we first met Olivia Cruz all the way back in 2014, her peak weight of 578 pounds left Olivia almost entirely dependent upon her family for any activity that required mobility. Olivia, who was living in her mother’s basement, felt almost trapped by her situation.

Fortunately, Dr. Nowzaradan’s intervention — along with a ton of hard work on Olivia’s part — turned things completely around. Over the next three years, Olivia would feature on a total of three My 600 Lb Life episodes: her debut, plus Where Are They Now? follow-ups in both 2015 and 2016. Over the course of those three years, Olivia went from 578 pounds to right around 200.

Losing approximately 65% of her peak weight was an amazing accomplishment, and put Olivia near the top of My 600 Lb Life weight loss by percentage. But, as was the case with fellow cast member June McCamey, it left Olivia with a very real problem, albeit a good one. Her extreme weight loss put her in a much healthier place, but it also left Olivia struggling to qualify for skin removal surgery.

Other health problems, a knee surgery chief among them, meant that Olivia never quite lost enough weight to qualify during her most recent Where Are They Now? update. Despite the setback, Olivia maintained the attitude of someone keeping her overall progress in mind every day:

“I’m so excited that my dreams are not just hopes for the future, now,” Olivia said, in her 2016 episode. “They’re literally starting to happen.”

Olivia added that her biggest dream “is to become a chef — to make food for other people.” Before her weight loss, when mobility was a problem, she had to put that dream aside.

“But now that I can stand all day,” Olivia went on, “I’m going back to pick back up where I left off. And I’m so excited about that. The future I hope for is so close now. This is not just my dream — it’s my independence.”

As for My 600 Lb Life Olivia now? Because she’s apparently still under contract with the show’s producers, Olivia hasn’t revealed whether or not she’s gotten skin removal surgery. But Olivia does share sporadic photo updates, each one of of which shows a woman who looks more content than she ever appeared on the show — even when viewers last caught up with her.

For comparison’s sake, reconsider the image at the top of the article. The photo of Olivia on the left is from her final Where Are They Now? episode to date, back in 2016; the one on the right is of Olivia this past May, while working one of her two chef’s jobs. That’s right — Olivia is still living her culinary dream. And, while she does often complain about her two jobs keeping her working long hours, her updates are always full of happiness and gratitude overall.

For one more comparison, here’s a throwback photo Olivia recently shared. It was taken just after her first follow-up episode aired in 2015: 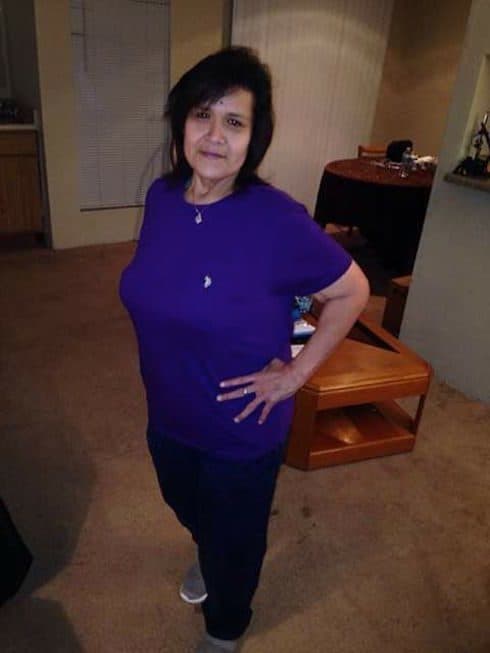 And here’s the most recent photo Olivia has made public. Shared at the end of November, it was taken in the kitchen at the other restaurant where she works:

Working even one kitchen job is taxing enough. But it’s clear enough from the smile in all of her recent updates that Olivia’s happiness at being able to work at all is more than enough to power her through.

It’s possible that Olivia will get fourth official update when the new season of Where Are They Now? premieres in early 2019. For now, you can stream her first, second, and third episodes on the show’s site.