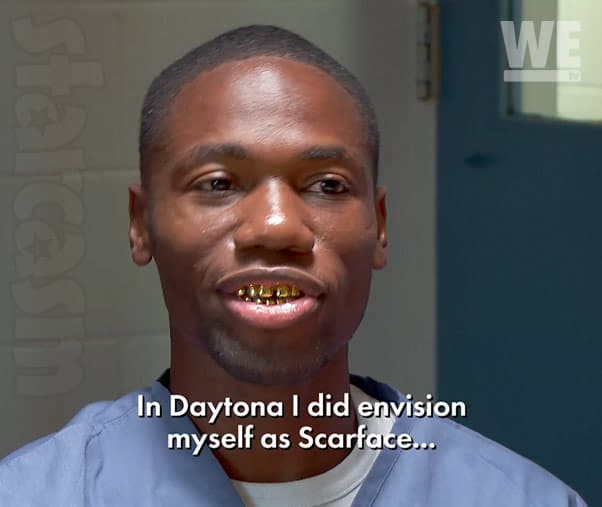 On the current season of Love After Lockup, Andrea talks about receiving money from her imprisoned fiance Lamondre Fluker. Many viewers questioned how a convicted drug dealer could have money to send to someone on the outside. As it turns out, Lamondre had at least $37,000 in his account after it was returned to him by the courts in 2014 due to a clerical error!

Lamondre was arrested in 2012 after undercover police officers arranged for him to purchase 1 1/2 kilos of cocaine with the help of a confidential informant. After setting up the purchase via telephone on July 24 of that year, a car arrived at the designated purchase location driven by a woman named Demetria Frank. She was then instructed to drive to a new location: a Kentucky Fried Chicken parking lot in south DeLand, Florida.

Once she got to the KFC, police arrived and informed Demetria that she was being stopped due to excessive window tinting. A K-9 unit was called in, and after the dog “alerted on the car,” police conducted a search. The officers found cash bundled in rubber bands under the front passenger seat. In the trunk, they located two green plastic bags filled with cash and also bundled with rubber bands. The total amount of cash in the vehicle was determined to be $55,020.00.

When Deputy Nahoun approached Frank with his findings, she informed him that the money belonged to her. When asked how she acquired such a large amount of money, she stated the money came from savings as she worked at the YMCA. Deputy Nahoun then asked Frank if she had any legal documentation proving ownership of the money, at which time she stated she did not. Deputy Nahoun then informed her that due to the amount and way the money was packaged, suspicions arose as to her intentions for the currency. Deputy Nahoun explained to Frank that due to his training and experience, he recognized that the money was set into numerous “quick count” bundles, which is commonly associated with narcotic sales and trafficking.

At that point Frank changed her story about where she got the money from, as she claimed to have received money from her parents, along with school loans and working at different locations. Due to Frank not being able to dispel Deputy Nahoun’s alarms about the currency, he informed her that the VCSO would be taking it for safekeeping. He also informed her the money would be placed into a bank, and she would be able to get her money back if she provided proper legal documentation as to how she acquired it.

A large portion of the money was later determined to be Lamondre’s; his ownership was a huge part of the prosecutor’s case that eventually led to his conviction. Of the $55 grand, $37,000 belonged to Lamondre, and the remainder belonged to a woman named Ashley Ham.

HOWEVER, when the Volusia County Sheriff’s Office filed the paperwork for the forfeiture of the cash, they failed to inform Lamondre or Ashley as required by law. Instead, they notified Demetria, despite acknowledging in their investigation that the money did not actually belong to her.

There was a bit of legal wrangling as prosecutors tried to amend the forfeiture filing to add Lamondre’s name two years after the fact, but Lamondre’s lawyer nailed them to the wall with numerous precedents. As a result, the court ruled in Lamondre’s favor. Due to the fact that he was not officially notified of the forfeiture, and thus was not able to respond, authorities returned the full $37,000 to Lamondre in October of 2015.

Ashley Ham also won her case, although she settled out of court and received just $16,000 back from the $18,020 that was initially seized. The remaining $2,020 went to Volusia County.

It’s amazing to think that the Volusia County Sheriff’s Department lost $55,000 — the equivalent of a full-time employee for a year — due to a clerical blunder!

So, if you are wondering how Love After Lockup‘s Lamondre had money to send to Andrea, there’s your answer.

Then again, it could be that he had a little extra cash thanks to his apparel and hair extension lines!

That’s right: Daytona’s Scarface has been hustlin’ on the inside by launching multiple retail businesses. In addition to Lamondre Jamal Elite Hair, he also has Lamondre Jamal Apparel. The clothing line includes numerous hoodie and t-shirt designs, including slogans like “A Hustlaz Dream,” “Pretty Hustle,” “ATM Trap Wear” and “Addicted to Money.”

If none of those strike your fancy, and you are not happy with your current chances of being shot by a police officer, then perhaps you should consider Lamondre’s “Cop Killer” design: 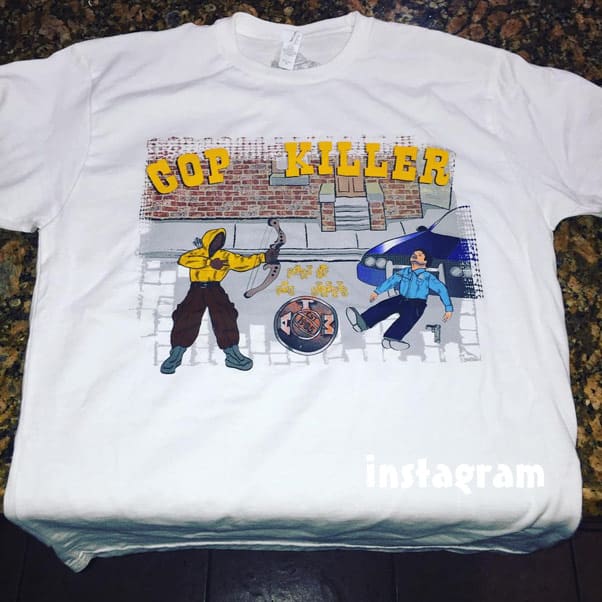 “Shirt is in!!!!” Lamondre captioned the photo above back in November of 2015. “HANDS UP DONT SHOOT!!… Black lives matter!!! Now available on the website!! Shop ➡️➡️➡️ www.lamondrejamalapparel.com only $32!!!”