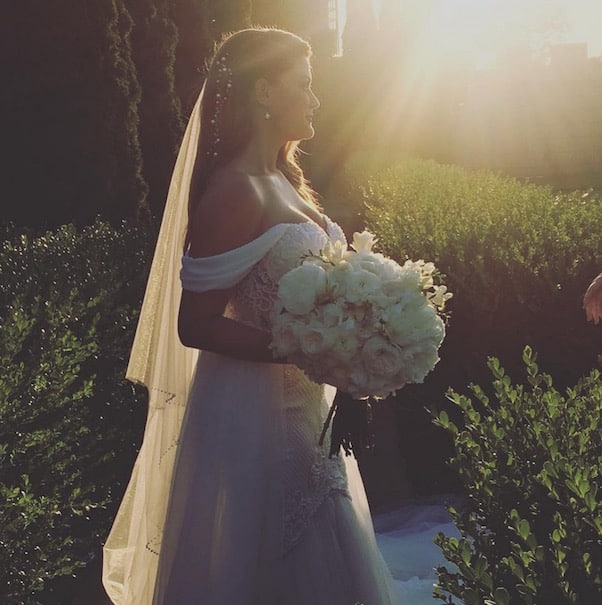 REALITY TEA – After what somehow seemed like an eternal engagement (and honestly a pretty charming one as well), Vanderpump Rules stars Brittany and Jax got married in a Bravo-heavy, reality-tastic ceremony this weekend. And if that wasn’t enough to get you interested, check out the venue of choice: a legit “Kentucky castle”

DLISTED – Also on the wedding beat: Big Little Lies star Zoe Kravitz, who married actor Karl Glusman at Lenny Kravitz’s Paris home this weekend. The entire BLL cast was in attendance (minus Meryl Streep), and Lenny’s 18th century Parisian mansion is enough of a sight to behold without all the wedding fanfare

THE BLAST – It sure looks like “Old Town Road” rapper Lil Nas X went public as a gay man via a string of tweets on June 30th, the last day of Pride Month

CELEBITCHY – It looks like Dutchess Meghan may have banned all media from attending baby Archie’s upcoming christening this weekend, possibly because she’s sick of getting sh!t on by British tabloids. But it’s also possible that she hasn’t banned anyone, and the widely reported rumor is — you guessed it — just another tabloid dump

VOX – “Stranger Things season 3 is is both smarter and lazier than Stranger Things 2. But at least the Hawkins gang is still having wacky ‘80s adventures!…Here’s a spoiler-free review.”

THE ASHLEY’S REALITY ROUNDUP – Southern Charm stars and courtroom opponents Kathryn Dennis and Thomas Ravenel have both put their Charleston-area houses up for sale at the same time. Thomas wants $3.95 million for his 60-acre Edisto Island estate; Kathryn is asking $1.795 million for her “five-story, pink Charleston townhouse”

GO FUG YOURSELF – Emily Ratajkowski wore a sort of scarf-dress to a red carpet event, and the thousand-yard stare on Emily’s face does appear to confirm that she simply “tucked one end…into her underwear” and just strutted out the door

LAINEY GOSSIP – In other celebrity fashion news, here’s Celine Dion rocking a pair of jeans, a pair of carnival prize sunglasses, and a fluffy pink tube top that looks like the life-size version of a toy you’d find on the end of a middle schooler’s pencil

THE BLEMISH – Cardi B tried to copyright “Okurrr,” but it seems the phrase qualifies as a “widely used commonplace expression” and thus can’t be placed under trademark. The good news for Cardi is she can still merchandise it; she’ll just have to fight hordes of unofficial merch to do so

JEZEBEL – Headline of the day: “A Thong Day’s Journey Into Night: What Wearing a G-String Taught Me About Feminism”

(Photo credit: Brittany and Jax got married via Instagram)